Where does the time go?

These days, it goes mostly to reading this: 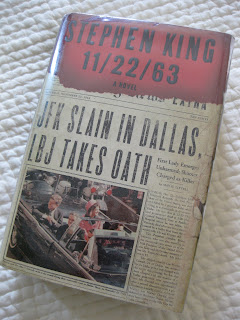 My mom read it and liked it, so I decided to give it a go too.  She found it interesting, having been a young woman at the time.  I like it too; it's a good time-travel story.  But the reason I'm spending so much time reading it is that it's a loooonngggg book:  849 pages!  And the Chicago Public Library only loans for 3 weeks.  I have a feeling I won't be able to renew it, since it's a new book, so I want to make sure to finish it on time.  Sadly, I'm a pretty slow reader. 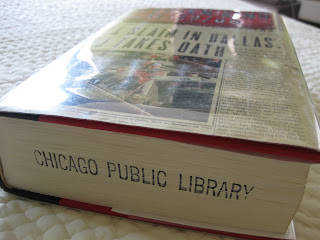 The rest of my time has been going into finishing The Sweater, and I'm almost there.  Those two collars took forever to knit, and I was further slowed down by having to sew them on as I went in order to determine the length needed.  But I've finally gotten past that and am at the point of the final seaming: 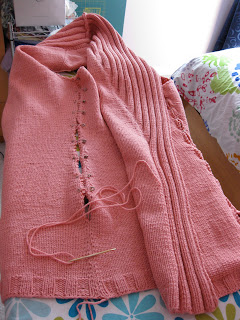 Who ever thought sewing together would be a relief?!

I've also been trying to deal with a First World Problem (thank you to Hubby for introducing me to that!).  Our AC gave up the ghost and looks like it will need to be replaced.  Not usually a big deal, except that our condenser is on the ROOF of our 4-story building, accessible only by ladder as far as we know.  What a brilliant builder, right?  So we've had no AC in this heatwave and I haven't been able to find anyone to sell us a new one.  Thus actual knitting and sewing have come to a screeching halt, and I find myself only able to handle the sweater for seaming for very short amounts of time.

But I have nail polish to play with!  Here's a new one, from the OPI Holland Collection, called A Roll in the Hague: 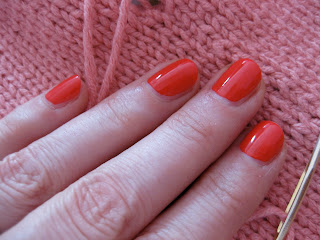 A pretty, hot red-orange.  Sadly, the formula was one of the worst I've experienced - ever.  Very patchy, and application was made even more difficult because I bought the set of minis.  I thought I was doing myself a favor, because I'm not a fan of the OPI brush.  But the mini brush was terrible!  Live and learn!
Posted by Gail at 3:56 PM