I told myself I wasn't going to do this, but in the end I just couldn't resist!  And it's a grey, blustery day here in Chicago, so some pictures of beautiful southern California are a nice pick-me-up!

This is the second year we've taken a short vacation in San Diego.  Last year we went because we wanted to use up some frequent flyer miles before they expired. We didn't really have a firm idea of where we wanted to go but we knew that it must be warm and sunny, and that we should be able to get there with a nonstop flight.  That narrowed our choices down to Tucson and San Diego.  Being a Pisces, I chose the ocean!  Needless to say, we loved it, so we returned this year!

Hubby has a talent for discovering great hotels, and once our plane tickets were squared away, he found a great deal at Tower 23 on the north side of San Diego. We were really pleased that we got the same room we had last year:  a "Surf Pad" on the third floor, with a balcony overlooking the ocean.


We arrived late on Sunday night, so our first outing was on Monday.  It was so warm and sunny, I actually felt a little hot!  Luckily, I was wearing my new red Continental blouse!  We decided to drive into the mountains, about an hour northeast of San Diego, to Temecula's wine country.  We chose a winery for lunch, and were really pleased with our choice:  Wilson Creek Winery.  We had a fantastic meal and an Almond Champagne that we liked so much we had 6 bottles sent home!


On Tuesday we had planned to drive to Irvine to visit some old friends, so we left early enough in the morning that we could spend a few hours at Torrey Pines State Preserve.  I had wanted to visit last year but ran out of time, so I'm really glad we made it this year.  The vegetation is so amazing - quite interesting for a Midwestern girl!  I love the mix of pines, scrub, palm trees and cactus, all set among sandstone cliffs overlooking the ocean. 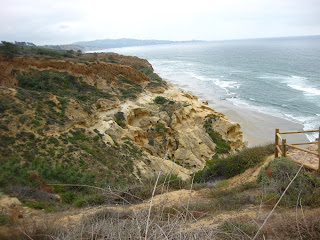 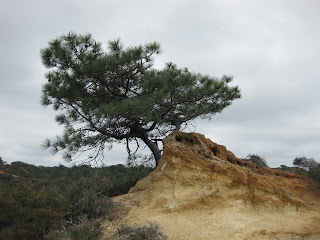 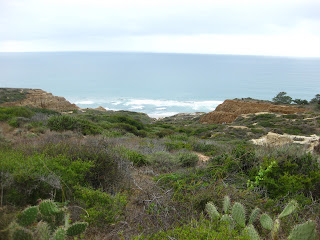 On Wednesday we did a little exploring on Coronado Island and Point Loma, after a fantastic lunch at Craft and Commerce.  Coronado was a little more tourist-oriented than I like, but it was interesting because the beach was quite different from where we were staying, just ten miles north.  The sand at the edge of the water was glistening with gold - it really looked like someone had dumped a load of gold glitter and mixed it with the sand!  Do any of you Californians know anything about this?  I've never seen anything like it. 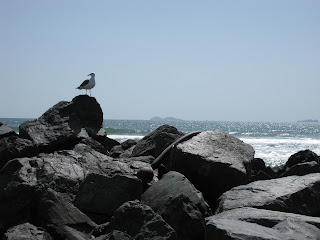 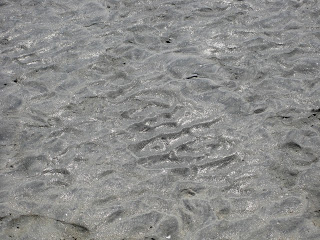 I really liked Point Loma, and was surprised that it was so hilly.  We went to the old lighthouse, which is neat because the rooms are set up as they were in the late 1800s.  The original Fresnel lens is also on display - just beautiful.


We only had about half a day on Thursday before we had to return our rental car, so we walked along the beach for a few hours, soaking in the last of the salty air and sunshine before returning to the soot and noise of the city.  Then we spent an hour or two wandering around Old Town San Diego, which has been turned into a historical village.  I'd been there before (years ago) but it was still fun to look at it again. Unfortunately, none of my pictures are especially interesting!

As you can see, we kept ourselves busy the whole time, so not a whole lot of knitting got done!  I managed about 20 rows on Winnie.  I'm planning on a knitting update tomorrow.
Posted by Gail at 12:54 PM