Inserting the Flap and Finishing the Pocket

OK, it's time to put it all together!!

Start by removing the basting that closed the pocket opening.  Don't grumble.  I know it was only in there for a short time, but it really did make a difference on the quality of the press. 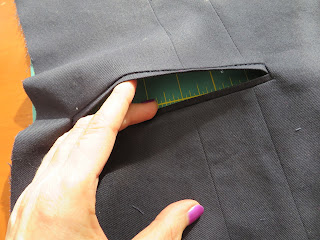 Slide the pocket flap into the opening. 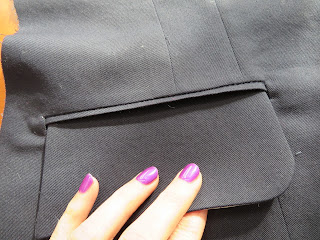 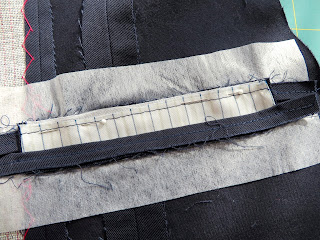 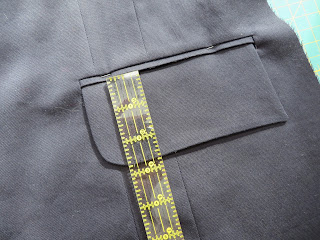 After making any adjustments, baste the flaps to that welt seam allowance. 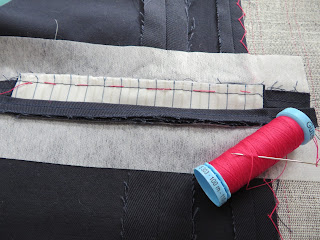 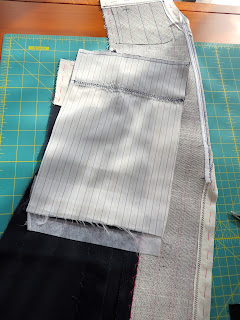 We need to sew that bag to the welt, so flip the top half of the jacket out of the way: 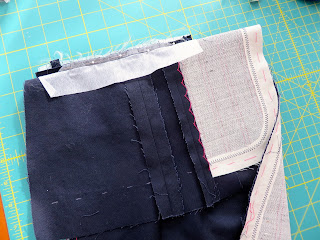 Then sew the bag to the welt edge all the way from side to side.  Sew from the welt side, as close to the welt stitching line as possible.  Press the welt back into place so the pocket back is pressed downward. 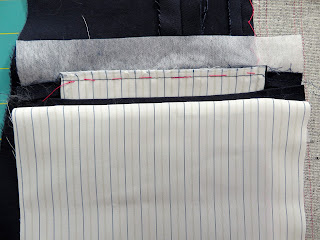 Now fold up the top edge of the pocket bag (the one with the outer fabric attached) and line it up with the edge of the top welt.  Stitch this edge in place just like you did the bottom one and press. 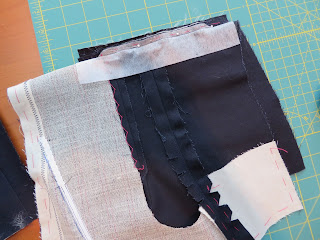 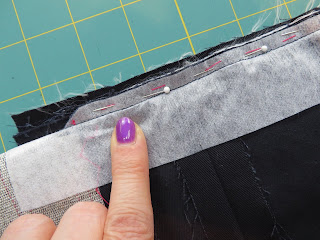 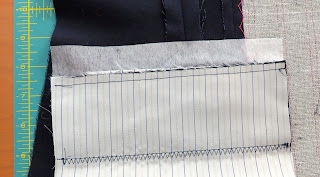 Next we need to stitch down the little triangles at the sides of the welt.  To do this, you'll need to fold the jacket back.  I also pin it to keep it from shifting while I sew.  Rather than backstitch, sew all the way forward across the triangle, then all the way backward.  Stitch as close to the bottom of the triangle as you can.  If you need to you can switch out to a zipper foot, but I've found that it's not too difficult to do with my regular foot. 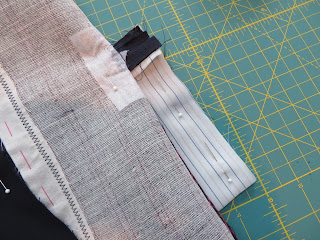 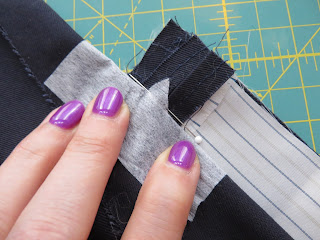 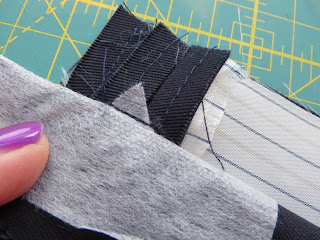 To complete the pocket, sew down the side edges.  Ideally you'd sew this seam in line with the one you just did on the triangle, but I've always done mine a bit to the side with no problem.  You may want to round off the bottom to keep lint from accumulating in the corners of the pockets. 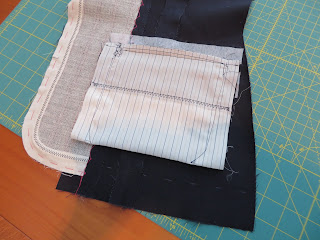 Trim away the excess - pinking shears are a good idea here, as lining fabrics tend to fray a lot. 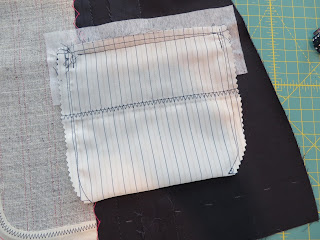 Side note:  when I closed up my jacket, I noticed that my pocket was too long and was in the way of the hem.  So I shortened it at that point.  I think this happened because I followed an entirely different method than the one given in the pattern. So be aware that if you're using this method with M6172, you may find that to be the case as well.

Now admire your functional pocket for a minute: 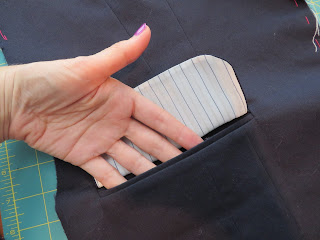 Then baste the opening closed again with a catch stitch.  It's important to do this so that everything stays neat and lined up throughout the rest of the construction of the jacket. 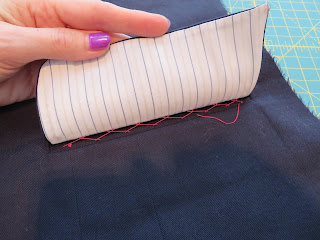 Give it a nice press, and then go show everybody the gorgeous pockets you've made! 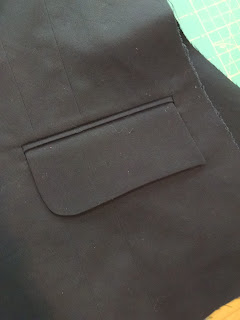