A while back I mentioned that I'd been knitting, but couldn't share the project as it was a gift.  Well, it was gifted over the weekend, so now I can share!

In December, my friend gave me Vogue Knitting:  The Ultimate Hat Book.  She'd also bought herself a copy, and as we like to do, we went through it together over Skype, looking at all the designs and deciding which ones we like best.

We both have birthdays this month - hers was at the very beginning and mine is at the very end.  So we decided to do a hat exchange for our birthdays.  We each chose 3 designs from the book as possibilities.  Then it was up to the other person to pick which one to make so it would be a surprise.  So here is the hat I made for Sally: 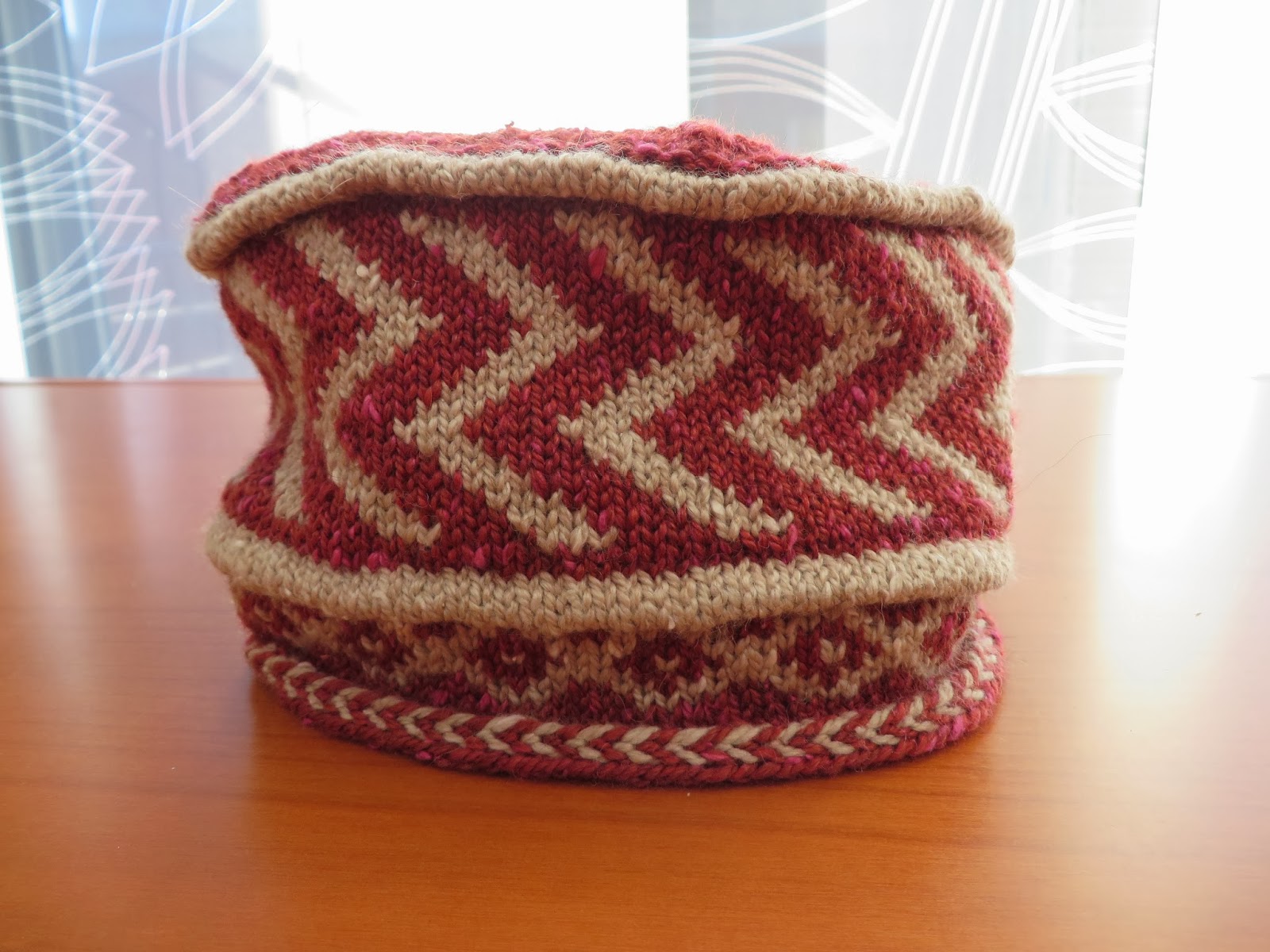 I was surprised when she told me she likes pillbox hats - we've been friends for almost 15 years and I didn't know that!  I had a hard time deciding which of the designs she chose to make, so in the end I took the book to the yarn shop with me to see what I could find, and let that determine which hat to make.  I ended up with this lovely yarn from The Fibre Co. 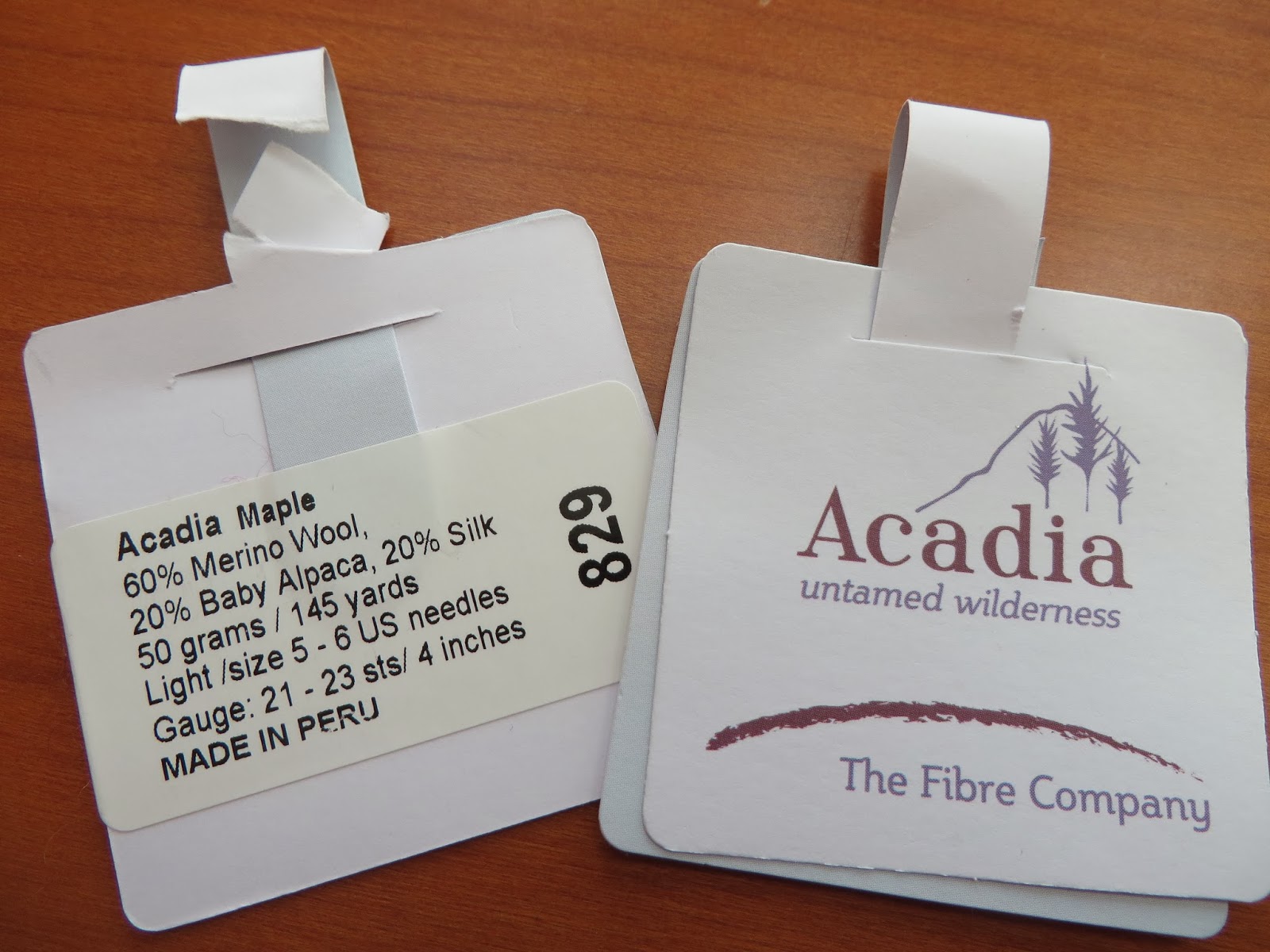 This hat was really fun to work, and of course the yarn was luscious.  Most of the hat is a simple two-color stranded design, but there are a couple of interesting features:  a Latvian braid at the cast-on edge, and some tucks to give the hat a bit of firmness and structure. You can see that there's some tweediness in the yarn, and the silk gives it a bit of sheen. 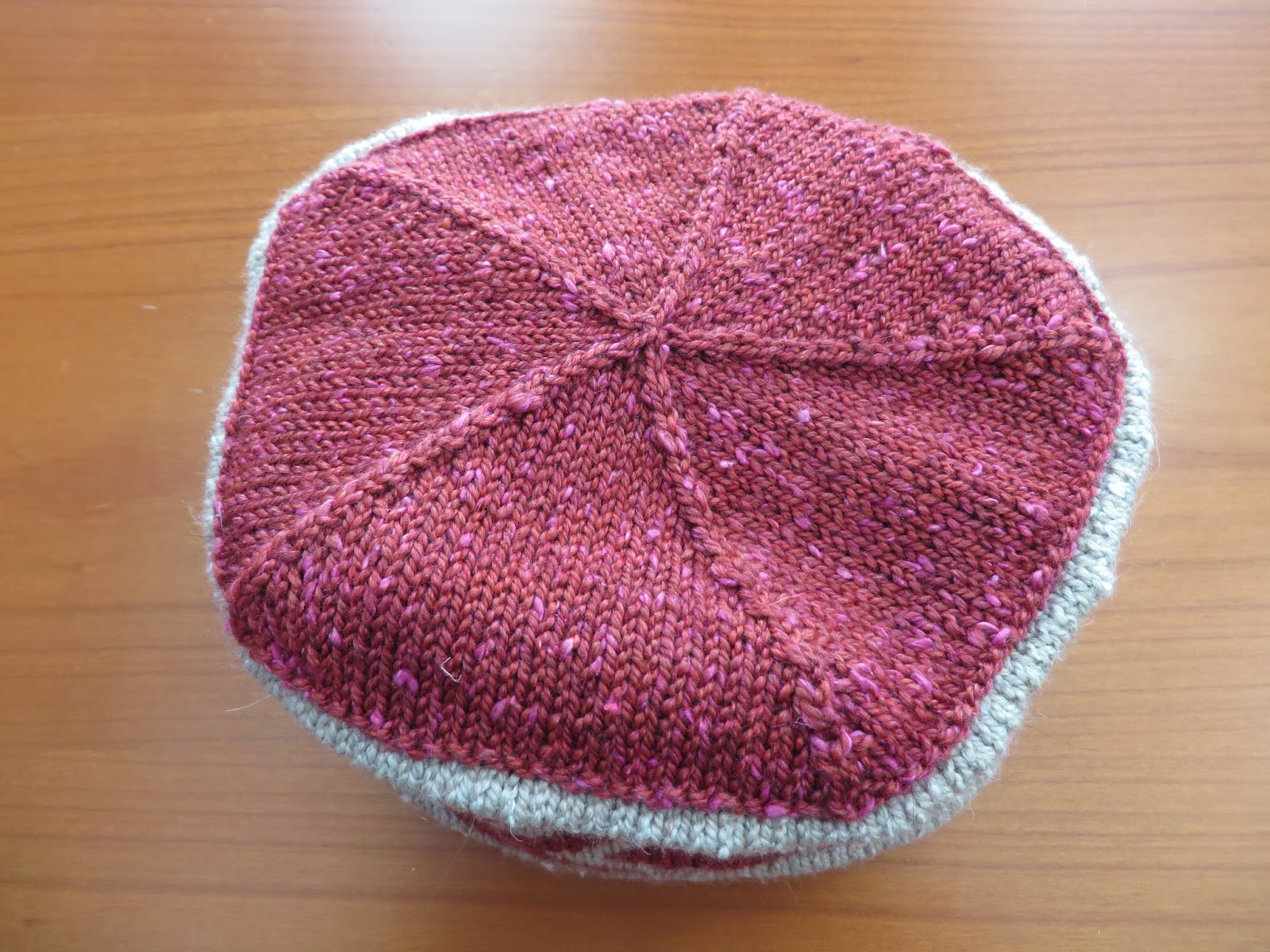 Because I made this hat with a wool/alpaca/silk blend, it's a bit less stiff than the original, so it doesn't stand up on its own.  But it fits her head perfectly, and actually comes down over her ears to give some extra warmth. 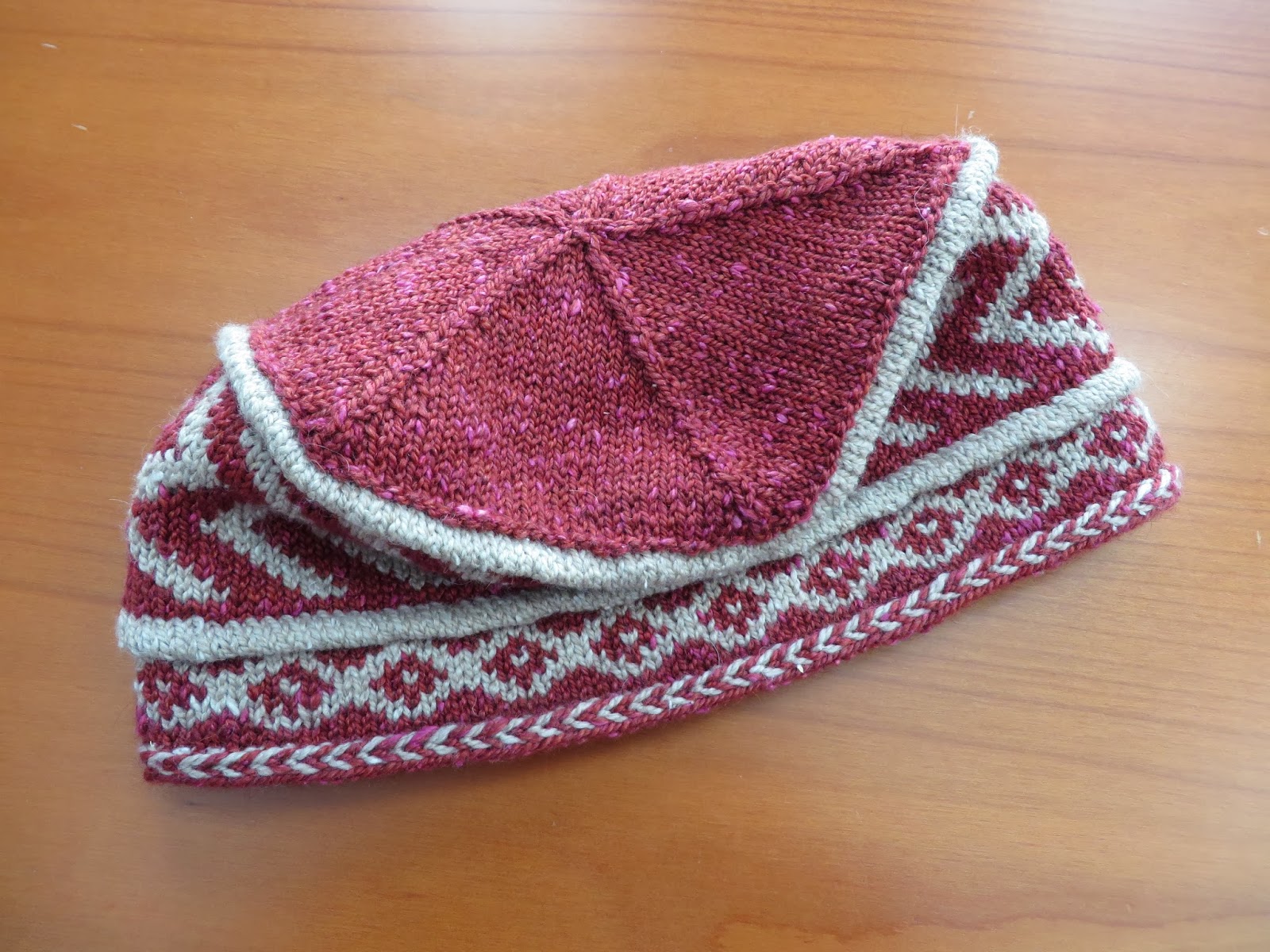 As usual, I steam-blocked the whole thing after I finished the knitting.  This was a very quick and easy project - I think it only took me three or so days to knit.  Really, choosing the design and yarn was harder! 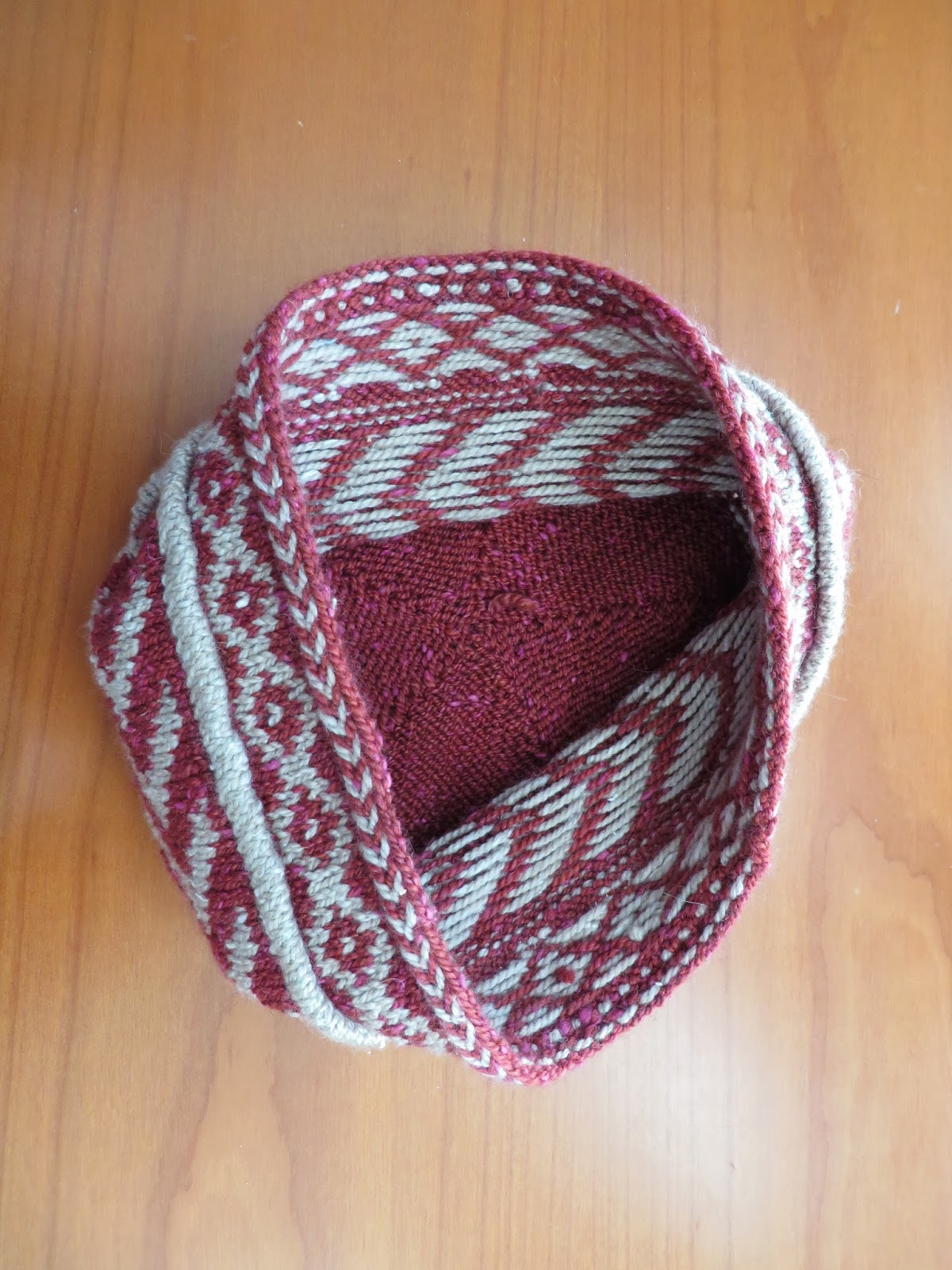 In a few weeks, I'll be getting my own hat.  I can't wait to see which one she chose - I couldn't narrow it down to three choices, so I gave her a dozen!
Posted by Gail at 6:23 AM