Well, I said I would sew the Victory Patterns Lola this month, and I did.  But it's not a winner.  In contrast to yesterday's post, I have a fair amount to say about this :-)

I've wanted to make the Lola dress for a couple of years, and finally bought the pattern a year ago.  When Andrea and I were in Michigan in December, we came across some two-sided merino wool jersey we thought would be a good match for this pattern.  And although the fabric wasn't expensive, it felt "special," so I decided I'd better make a muslin before cutting into it.  I headed over to JoAnn's to find some sweatshirt fabric, and came away with a piece in NEON pink because it made me happy.

And then I got stuck for a while.  Here's why:  according to the sizing on the envelope I need:

Yikes!  Grading across 5 sizes?!  And on top of that, I've never made a princess-seamed garment.  Ever.  I tried to do some research on the interwebz, but I only found a couple of projects where the makers said they'd graded the pattern.  However, they didn't say how, just that they graded from x to y.

I thought long and hard about how to deal with this pattern, and finally came up with a method that I thought would work for me.  That in itself is pretty involved, and I'm not going to share how I did it because the end result doesn't warrant it, IMO.  That said, if you guys are interested and want to see what I did, I don't mind writing a separate post about it.  Let's just say, it was a lot more mathy than I'm comfortable with.

In the end I went with a size 6 bust, 8 waist and 10 hip.  That enabled me to only have to grade across 3 sizes, and I thought it would be OK to have a slouchier look on a sweatshirt dress.  I was also worried about the armholes - my previous experience with the VP Anouk dress made me suspect that the armholes on Victory Patterns are drafted higher and smaller than is comfortable on my body.

Well, I managed to look moderately cute in this shot, but you can probably see that the upper bodice is just unflatteringly loose. 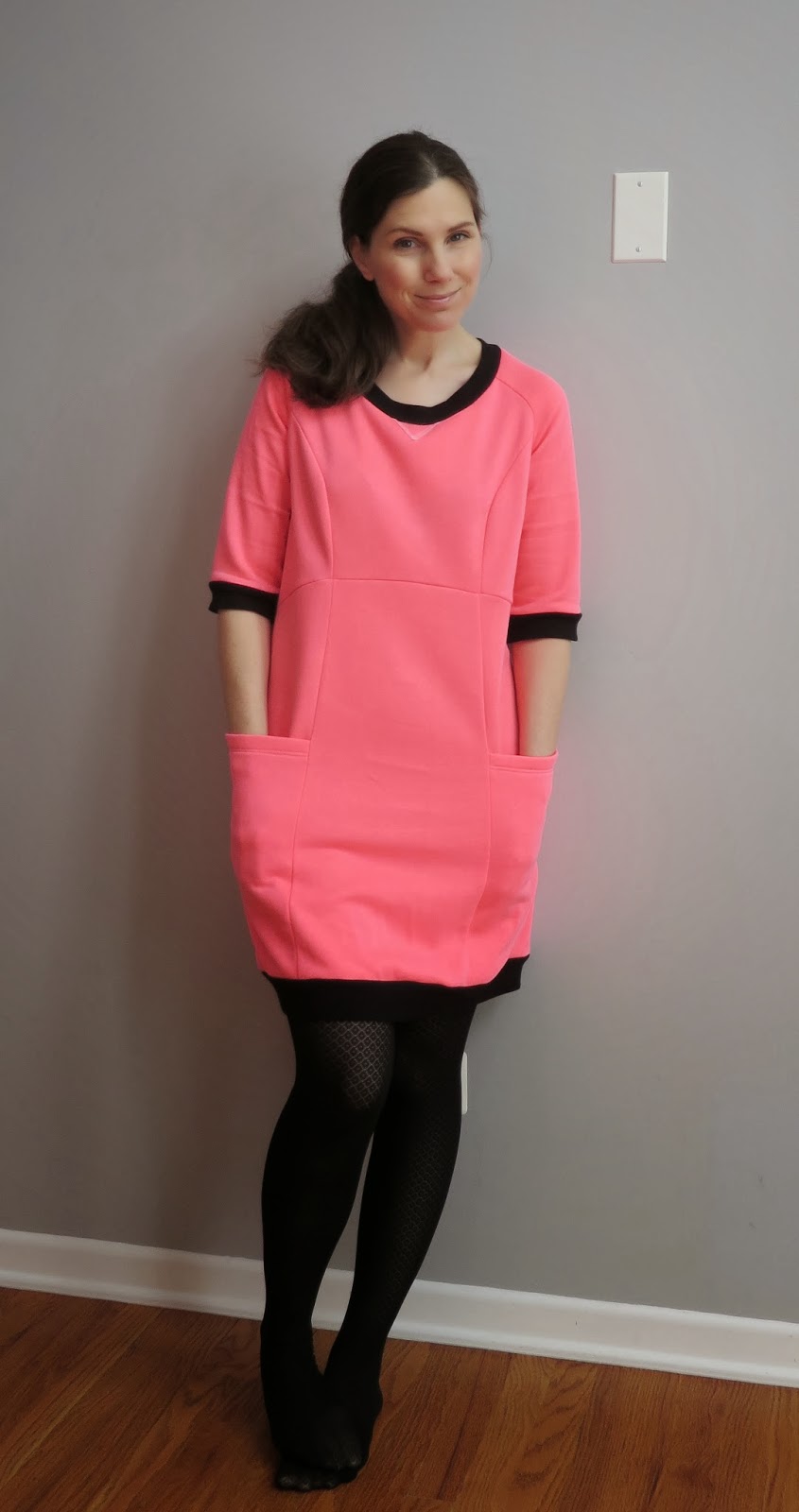 Same here.  And the sleeves hit me at a very awkward place just below the bend of my elbow.

I feel like I want to take a couple inches out of the front center: 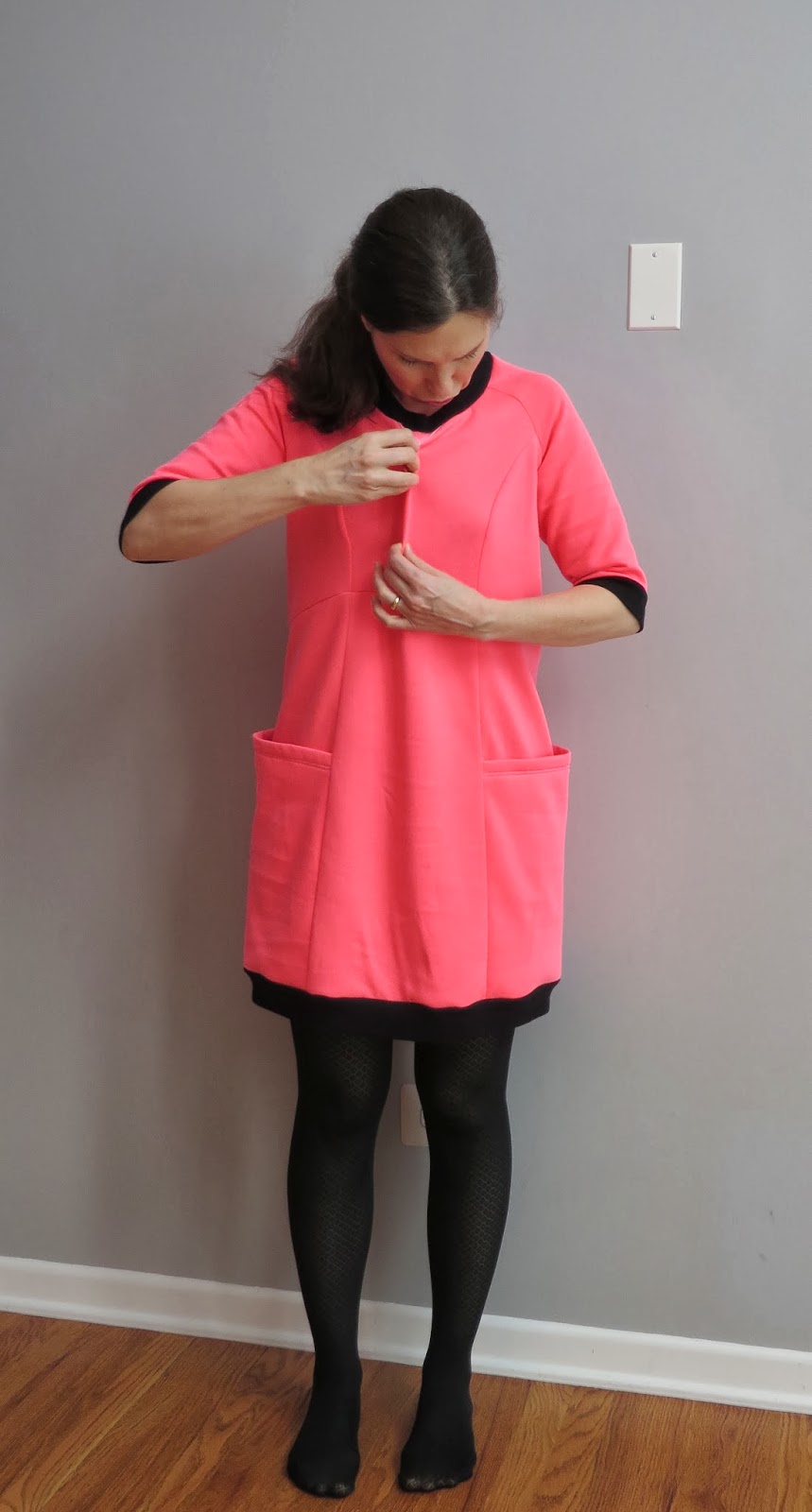 And it's no better from the back: 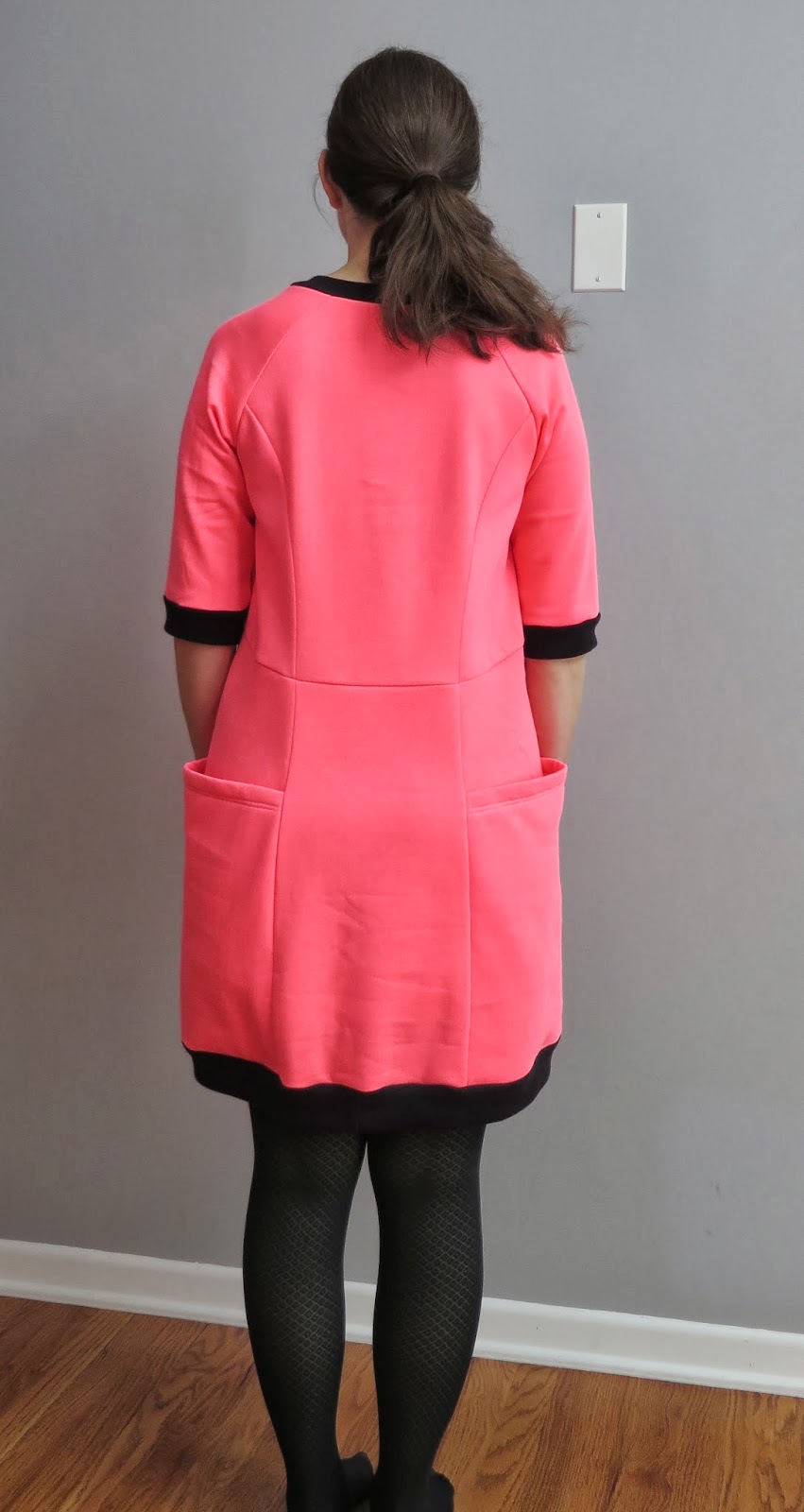 And yet, despite all that excess in my mid and upper back and at the waist, the shoulders and under arms are tight!  Remember, this is 2 sizes above how I measure on the chart. 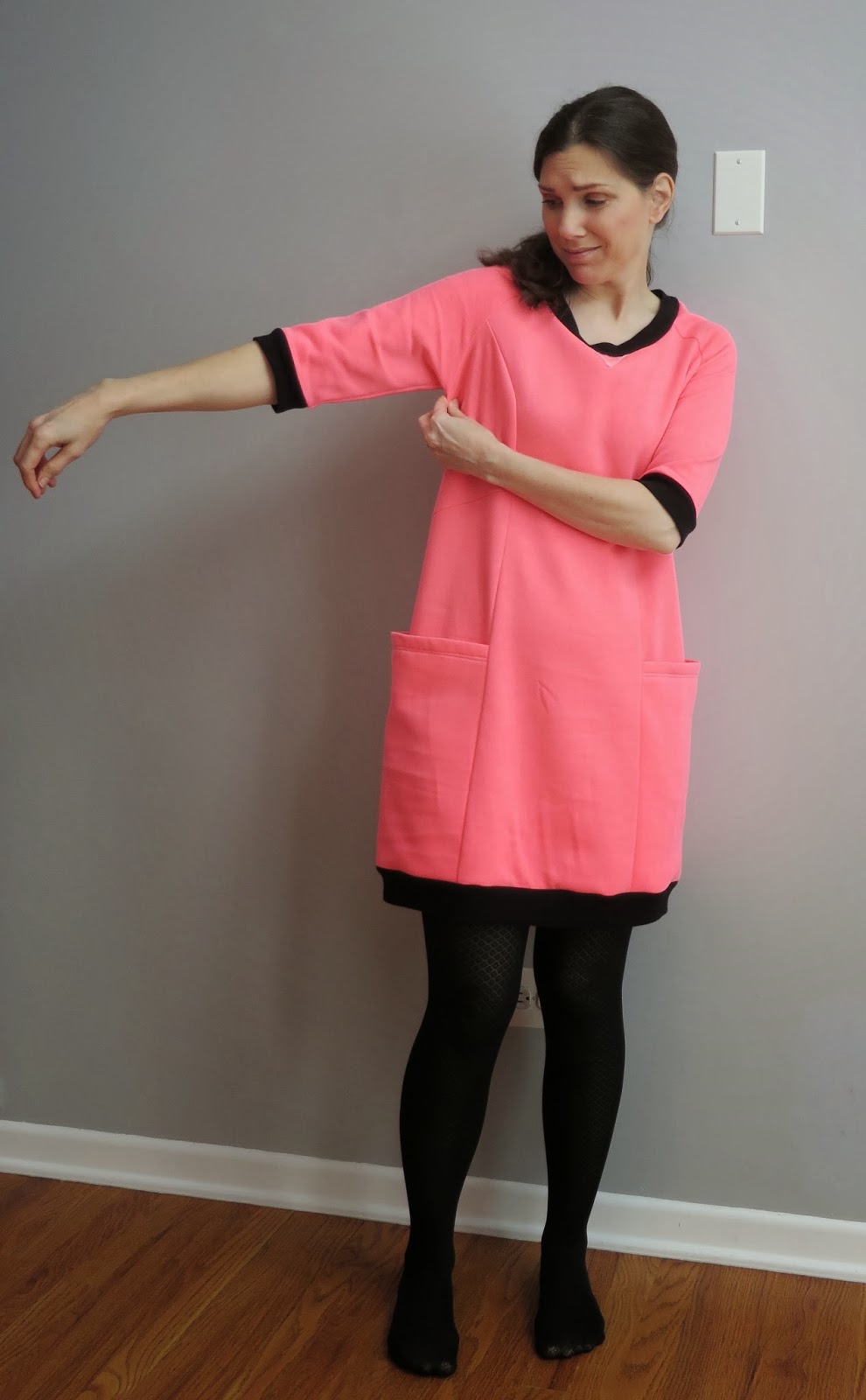 If you look closely above, you can probably see how the neck band is flipping to the inside because that little contrast triangle is too heavy to lay flat.  So I had to smooth it down:

So, in spite of all my hard work, this dress is a no go for me.  It's a little sad - I'd thought I could at least wear it around the house because this fabric is so soft and cuddly.  But when I had it on to take these pictures, I couldn't wait to get it off again.  The shoulders and armholes are just too constricting.

I could probably use all the information I gathered from this muslin to make the pattern work for me.  But you know:  I don't think I'll bother.  This is one of those cases where I was really fulfilling an old desire - I loved this style a couple of years ago, but I love it less now.  I'm finding myself wanting a sleeker, more classic look these days (probably for a reason which I'll post about on Wednesday).  I don't think this silhouette does me any favors - it makes me look bigger than I really am, and who wants that?