I finally sewed something that's not a quilt!  (There's been a lot of quilt-sewing going on around here lately - I've already started a new one.)

A couple months ago I was reorganizing my fabric stash, and came across a lovely floral knit I'd completely forgotten about!  I bought it in spring during a sale, but it's really more appropriate for fall so I set it aside.  After I found it, I spent some time thinking about what it should become, and I finally settled on a scoop-neck tee with medium-full sleeves gathered at the wrist.

So out came the Renfrew, and I gave the sleeve the ol' slash and spread.  And I took pictures along the way in case you'd like to try it too.

After tracing my sleeve pattern, I drew some lines parallel to the grain line, about 1.5" apart. 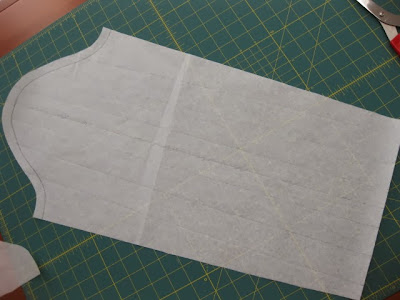 I also drew in the seam allowance on the sleeve head. 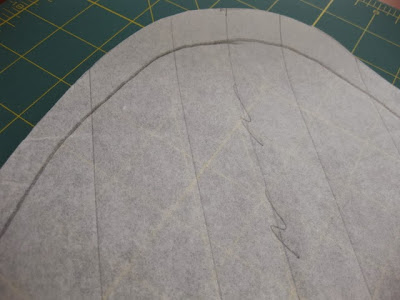 Then I cut up all the lines except the center one, almost up to the seam allowance line.  It looks like an octopus, doesn't it?!  There are 7 strips though, so I guess it's a heptopus . . . 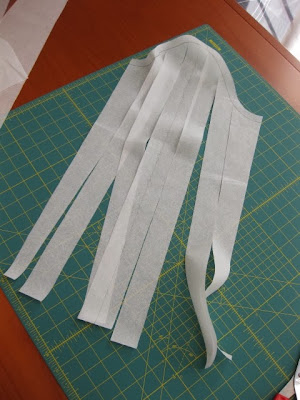 I cut in from the outer edge almost to the seam allowance line, to create a little hinge at the top of each strip. 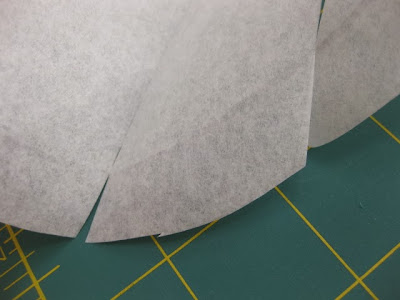 I order to get everything lined up nicely, I decided to tape my original pattern to my mat, and then tape the slashed pattern on top of that.  Then I decided how wide I wanted my sleeve to be at the wrist.  I didn't want it to be too full; the original sleeve measures about 10" across at the wrist.  I went for 19", just under twice the width.  I measured out from the center to get that width, then lined up my outer strips and taped them down.  Then I distributed the rest of the strips as evenly as possible. 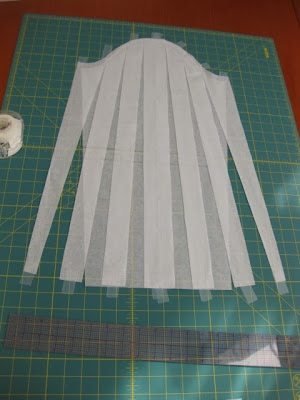 Once I had everything positioned the way I liked it, I traced over the whole thing again.  I felt that was easier and quicker than taping pieces of paper into the spaces. 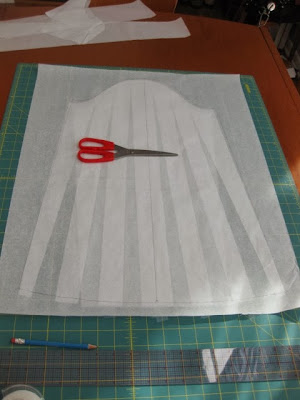 Here are my two sleeve patterns:  hacked sleeve on the left, original sleeve on the right.  It was a very easy piece to draft, but I'm still super proud of myself for doing it because usually I'm too lazy to do this sort of thing! 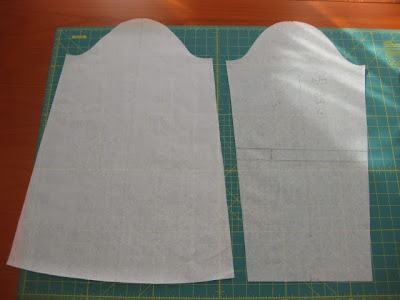 Then I went about constructing the top in the normal way.  Once I had the shoulder seams sewn and the sleeves attached, it was time to gather the bottoms.  I thought of getting out my sewing machine, but then decided to try out gathering on the serger.  It's one of those things I knew you could do on a serger, but had never actually done.  And it's really easy!

I did a few samples with different settings on the differential.  I started out with the dial all the way up, and then worked my way down, notch by notch.  It was interesting to see the samples get incrementally less gathered. 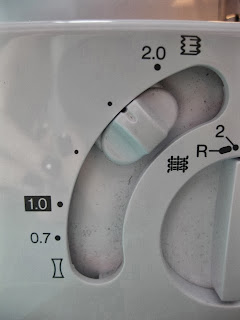 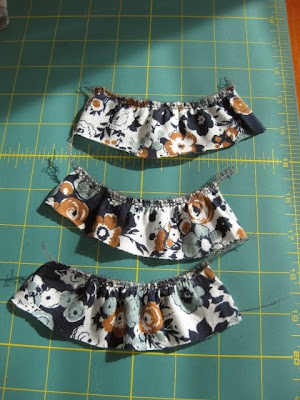 What I didn't do though is to measure my beginning and ending width, so I didn't know the percentage of gathering on any of the pieces!  I decided to gather my sleeves like the middle piece, but once I'd done it I felt it was still too wide, so I went back over it with the setting turned up as high as it goes. 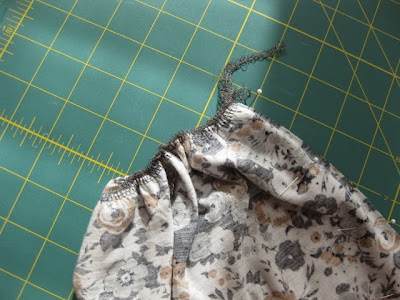 And then I continued with construction as usual.  For this look, I wanted a narrower wrist binding, so I cut the pattern piece in half. 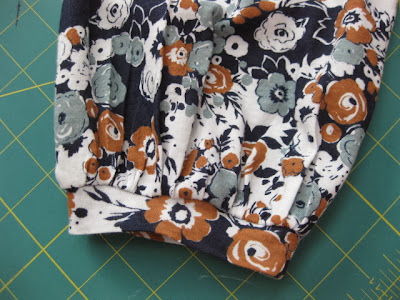 And here's the whole top: 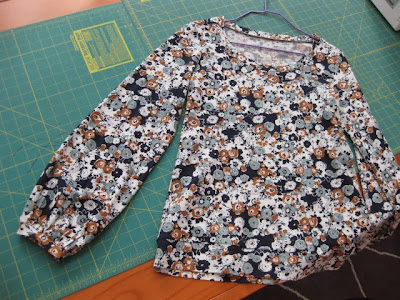 I think it's really pretty.  I love this fuller sleeve.  The only thing I wish were different is the wrist binding:  my fabric doesn't have a lot of stretch, so the binding doesn't hug the wrist as much as I'd hoped.  Next time I will probably add in a little elastic there.  But still, I'm very happy with this make!

I had a terrible time getting a good picture to show the puff of the sleeve while wearing it.  Here are three mediocre snaps, because it's all I have time for! 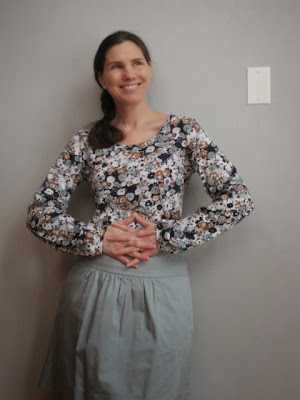 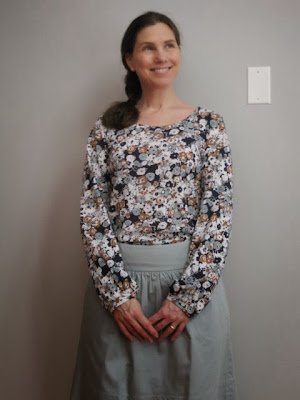