I hope not!  Because the next FO I have to show you is also a maxi, but a skirt this time!

A few months ago, I took a little excursion to a Hancock's Fabric store not too far away.  One of the things that came home with me was a length of coral-colored cotton lawn.  I thought I'd like to make a camp shirt out of it.  But in SF, I saw so many ladies girls wearing floaty maxi skirts that I decided I needed one too, and coral would be just the thing.  I vowed it would be the first thing I made when I got home, and it was!

But I spent an entire week puzzling it out before actually starting.  I'd first thought that I'd use the Pattern Runway Very Gathered Skirt pattern and just lengthen it.  But after thinking about it for a while, I decided that having only half the waistband in elastic wouldn't give me the close fit I wanted around my waist, so I decided to go with the same pattern I used for my green skirt, Simplicity 8550.  Conveniently, a maxi skirt length was included, so I didn't even have to go to the trouble of lengthening the pattern. 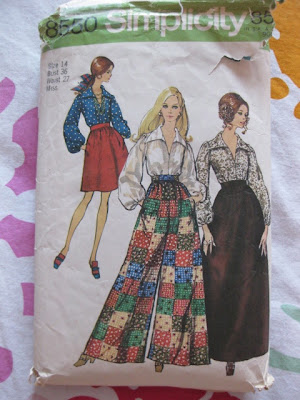 But I did have to figure out how full I wanted the skirt to be.  I had an idea that I wanted it to be fairly full, but not ball gown-ish.  The pattern included the finished hem width, so I spent some time looking at RTW skirts and maxi skirt patterns online, trying to find hem widths similar to what I had in mind to see if they matched my pattern's measurement.  And do you know, that information is nowhere to be found!

So in the end, I did a scientific experiment.  My pattern gave a finished hem width of 62" in my size.  I wanted to be able to walk with fairly long strides, but without having a lot of excess fabric in my way.  So I took my 60" measuring tape and taped the two ends together to create a circle, then put my feet in to see what size step I could take: 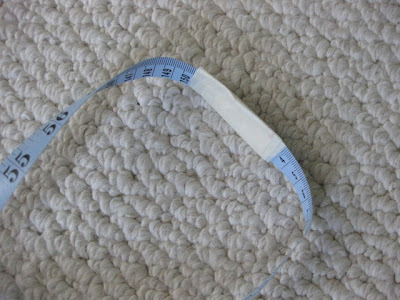 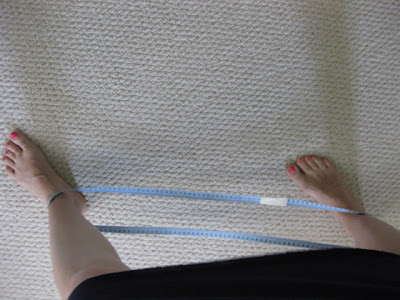 That was a pretty normal stride for me, so I decided to add 4" overall to my pattern to get a finished measurement of 66" - one inch at each center back and one inch offset from the fold at the center front.

Once I had that figured out, I had to think about lining.  I discovered I had just enough lining left over from my latest Cambie dress to do a short lining, and the color was appropriate too.  I peeked into my Easy Guide to Sewing Linings and saw that the author suggested cutting the lining on the cross-grain and using the selvedge as the edge to avoid hemming the lining.  Lady, I like the way you think! 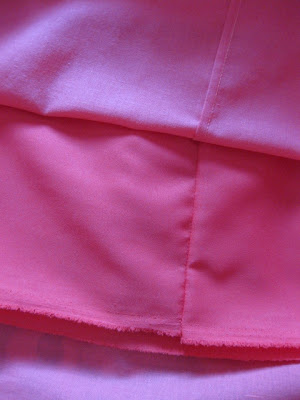 You can see in the photo above how similar the two colors are.  You can also see that I used French seams to keep everything neat inside.  For the zipper, I used Jen's "Zipper with Free Hanging Overlay" tutorial, which worked really well for me, although for some reason I only had enough seam allowance to turn my narrow hem back once rather than twice.  Also, having recently watched Sunni's (free!) zipper class on Craftsy, I tried out using fusible web to baste my zipper in, and that made installing the zipper in this slippery lining much easier.  The only problem I had there was that my fabric store only had 3/8" web in stock; I should have cut it in half before using it, but I didn't know that yet.  So I have a little bit of web overhang on the outside of my lining.  Luckily, the fullness of the outer skirt covers it up - you really have to be looking for it to see it. 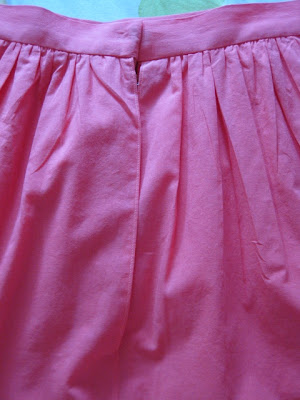 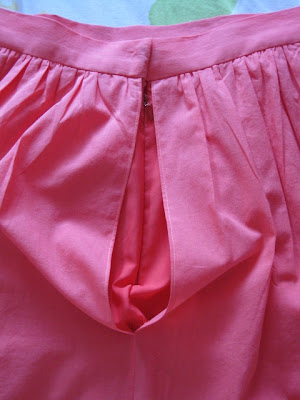 Because my fabric is so light and floaty, I used a very lightweight interfacing on the waistband - I didn't want anything too stiff.  But I think it's a little too light; I really wish I'd used something a little heavier.  I also added a little width to my waistband, since I've discovered that my waist is no longer 27" as I'd thought.  But I really wish I'd stuck with the 27" of the pattern - it's just a teeny bit loose.  Ah well, at least I can eat a nice big meal while wearing this skirt!  I've also discovered that I prefer it with tops tucked in, so that takes up some of the room. 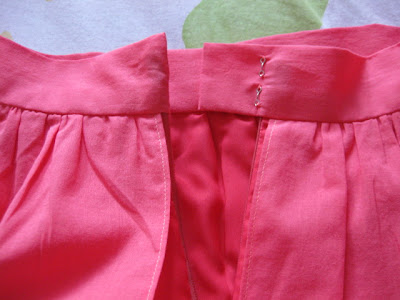 Because I knew I wanted a nice, deep hem, I didn't adjust the length on the pattern.  This hem is about 3" deep; I like the way it "anchors" the floatiness of the skirt. 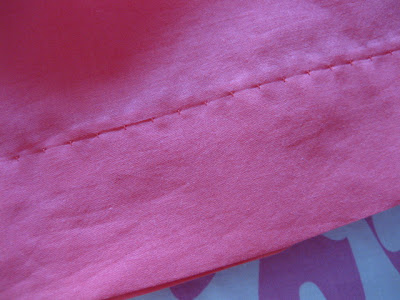 And how does it look?  Pretty nice, I think!  I did two "looks" - first is a slightly fancy look with a very old silk crepe top from Loft and some high heels (which you can't see):

And here it is from the back - you can see that Jen's zipper trick works like a charm:

And here's my more casual look, with a very old corset top from Anthopologie and flat sandals:

Coral is such a great color - I love it with black and navy, as I did here.  But I'm thinking I can also do it with (metallic) gold.  And I really need to get a denim or chambray shirt, which would look great with this!

Finally, all the while I was thinking about this make and working with the pattern, I kept feeling like it reminded me of something, and I finally figured out what it was: 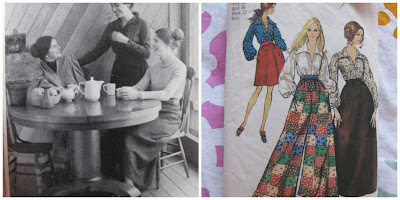 Check it out!  The photo on the left is from the inside front cover of the original Laurel's Kitchen.  The outfit on the lady who is standing (who I believe is Laurel herself) is almost identical!  This book was first published in 1976, so this photo was likely taken in the early '70s.  I think that's really cool!  Also, Laurel's Kitchen was the first cookbook I bought when I became a vegetarian in 1982, so I feel sort of sentimental about it!

OK, so who else has made a maxi skirt?  I feel like it's a safe bet, because once the trend is over, I can reuse this fabric to make a shirt if I want!
Posted by Gail at 11:01 AM