This fall, all I really wanted to knit was pullovers.  This one was a holdover from last year's to-knit list.  Last fall I intended to knit the original cardigan version, but this fall . . . it had to be a pullover.  Easy enough - just get rid of the front steek stitches! 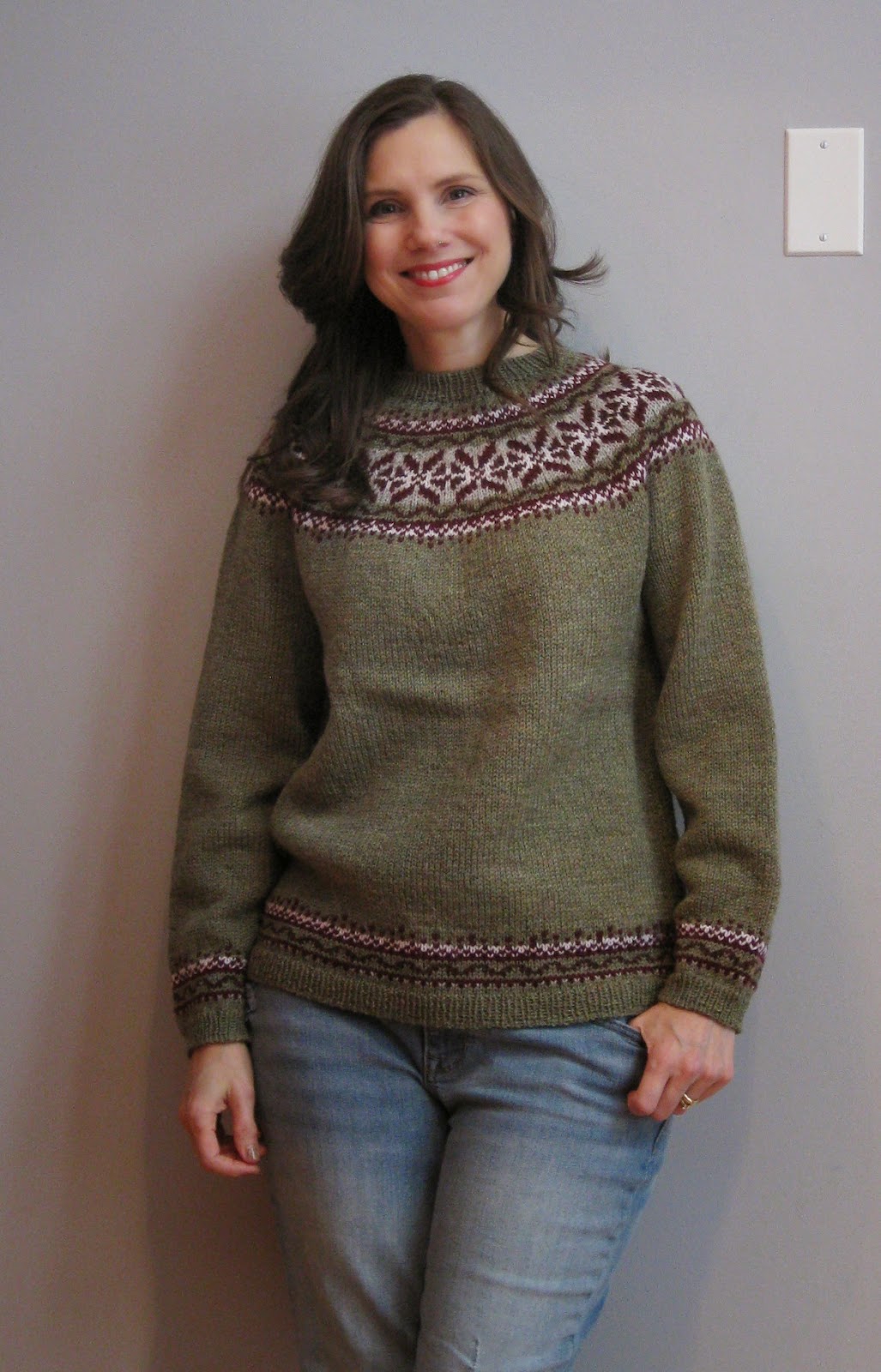 I used the yarn and colors of the original pattern - Knit Picks Wool of the Andes Sport in a heathered green, with contrasting patterns in shades of wine, pale grey and white.  I don't remember the exact date I cast on, but I'd say that the actual knitting only took 2 weeks at most.  That was stretched out over about a month though, because of travel and blazer-making.

This sweater is worked in the round - body and sleeves worked separately, then joined at the armhole.  Which means that once you get to that point, it is a LOT of fabric to shift around.  Still, it's easy knitting - all stockinette, and the Fair Isle patterns are traditional in that no row uses more than 2 colors.

To change things up a bit, I decided to use a tubular cast-on.  The one I used here is used in many Brooklyn Tweed patterns, and I think it will become my go-to tubular cast on for working in the round.   It has a beautifully rounded edge and is nice and stretchy. 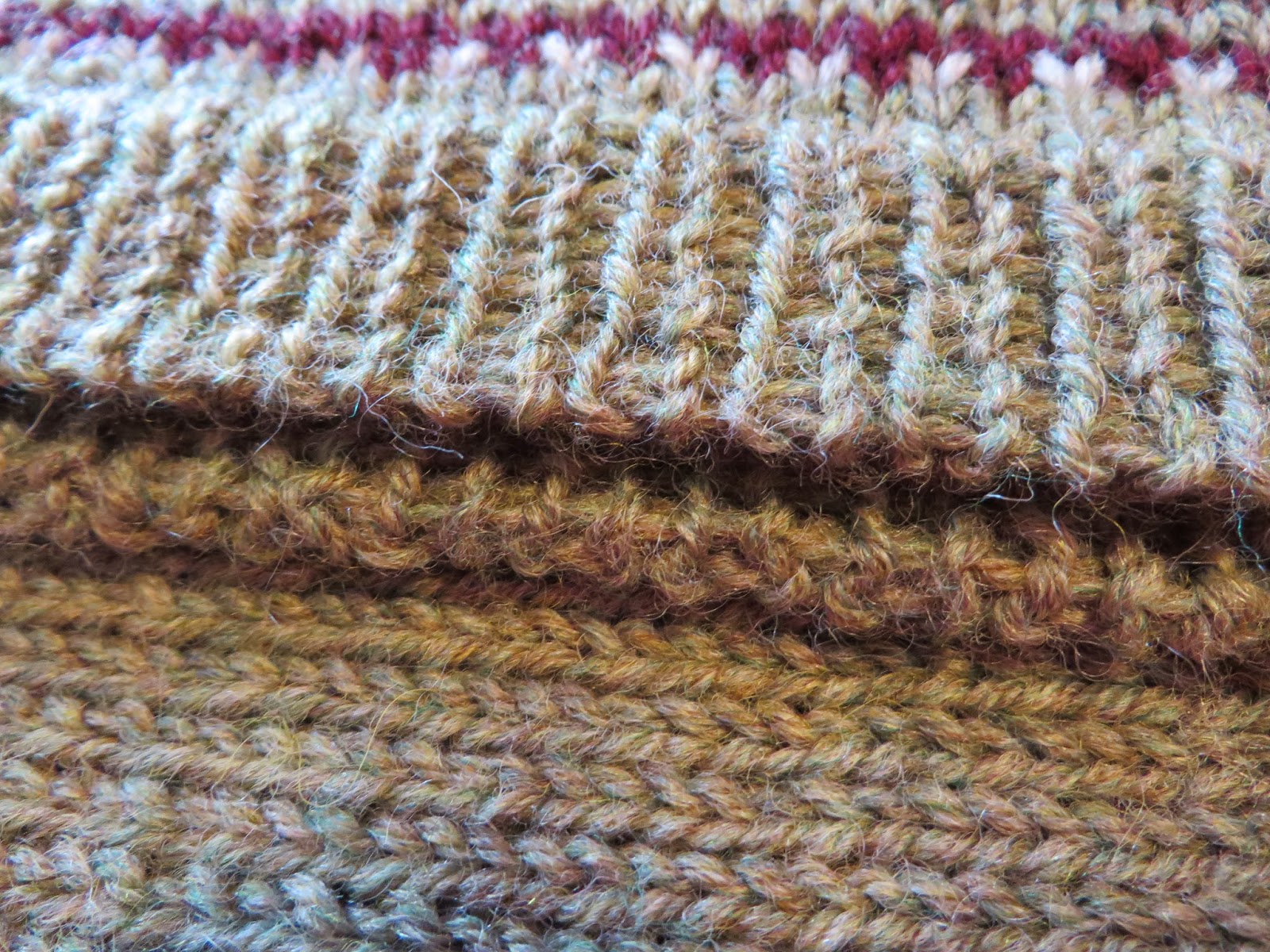 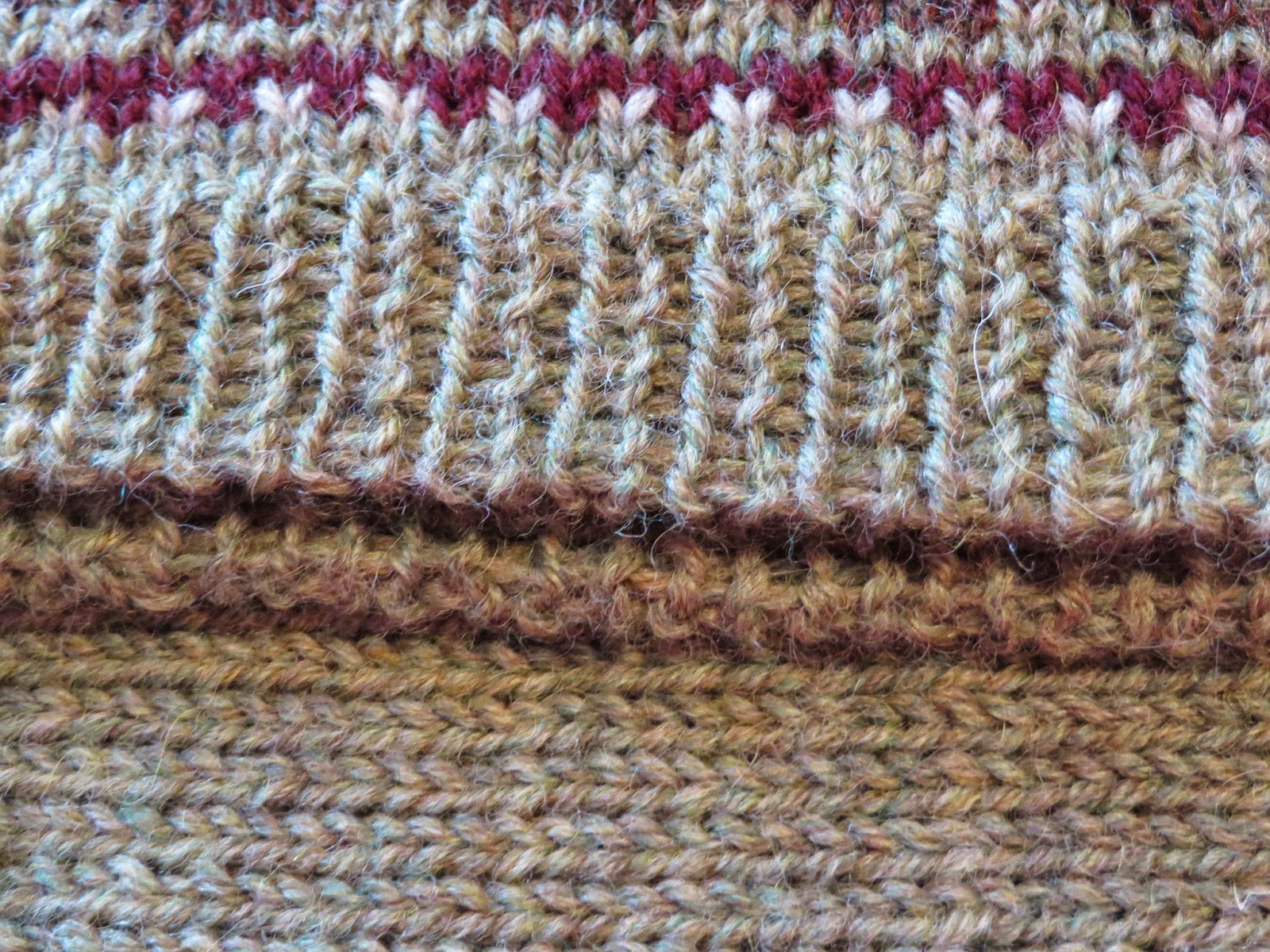 Once I had the tubular edges at the hem and cuffs, it didn't feel right to have a normal bind-off for the neckband.  Years ago I knew one that was sewn; I'd learned it from a Katia knitting magazine.  I still have the magazine . . . somewhere in the depths of my garage.  So I did some googling and found the very same one!  This one has the benefit of having photographs of each step too. 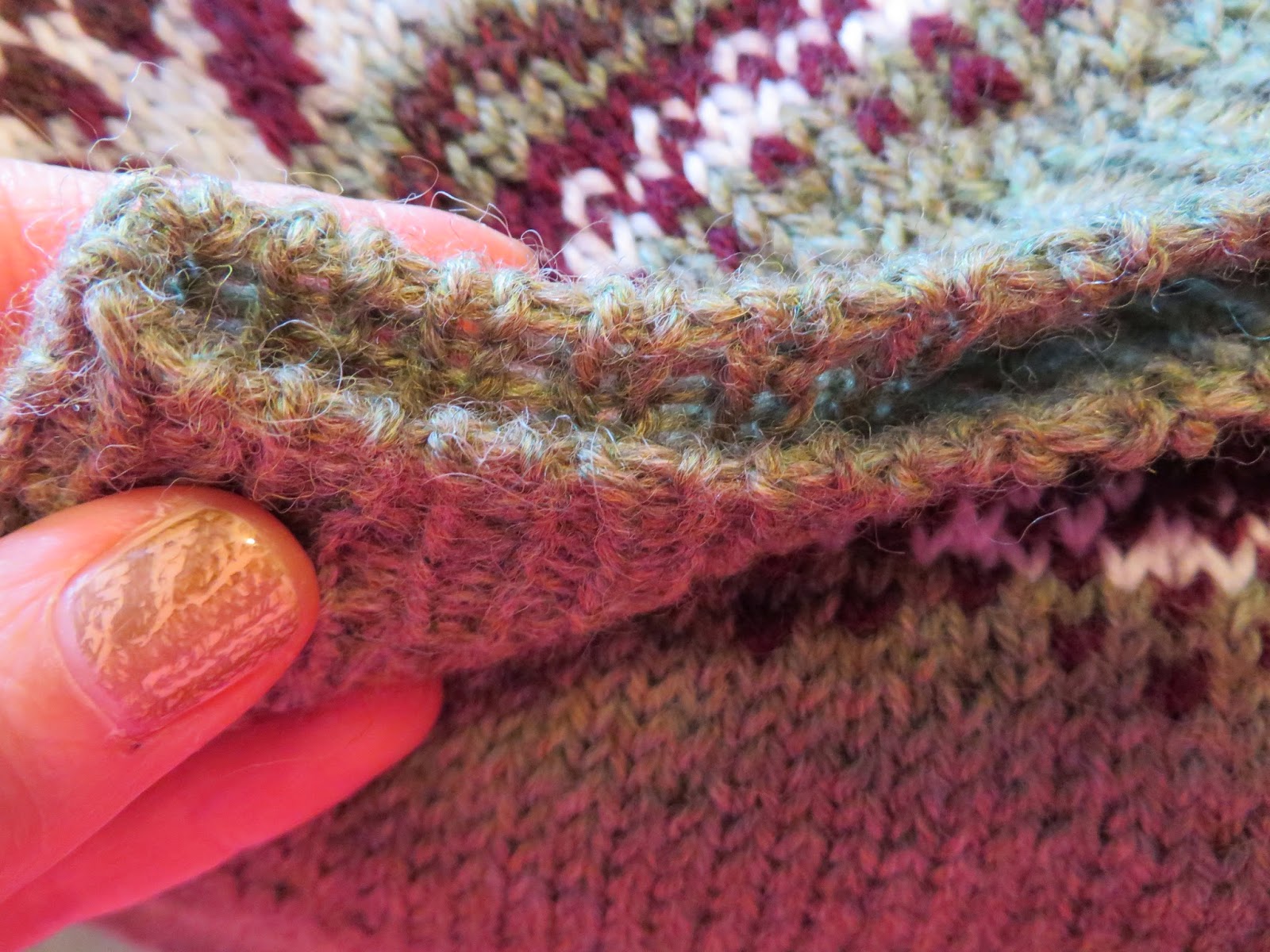 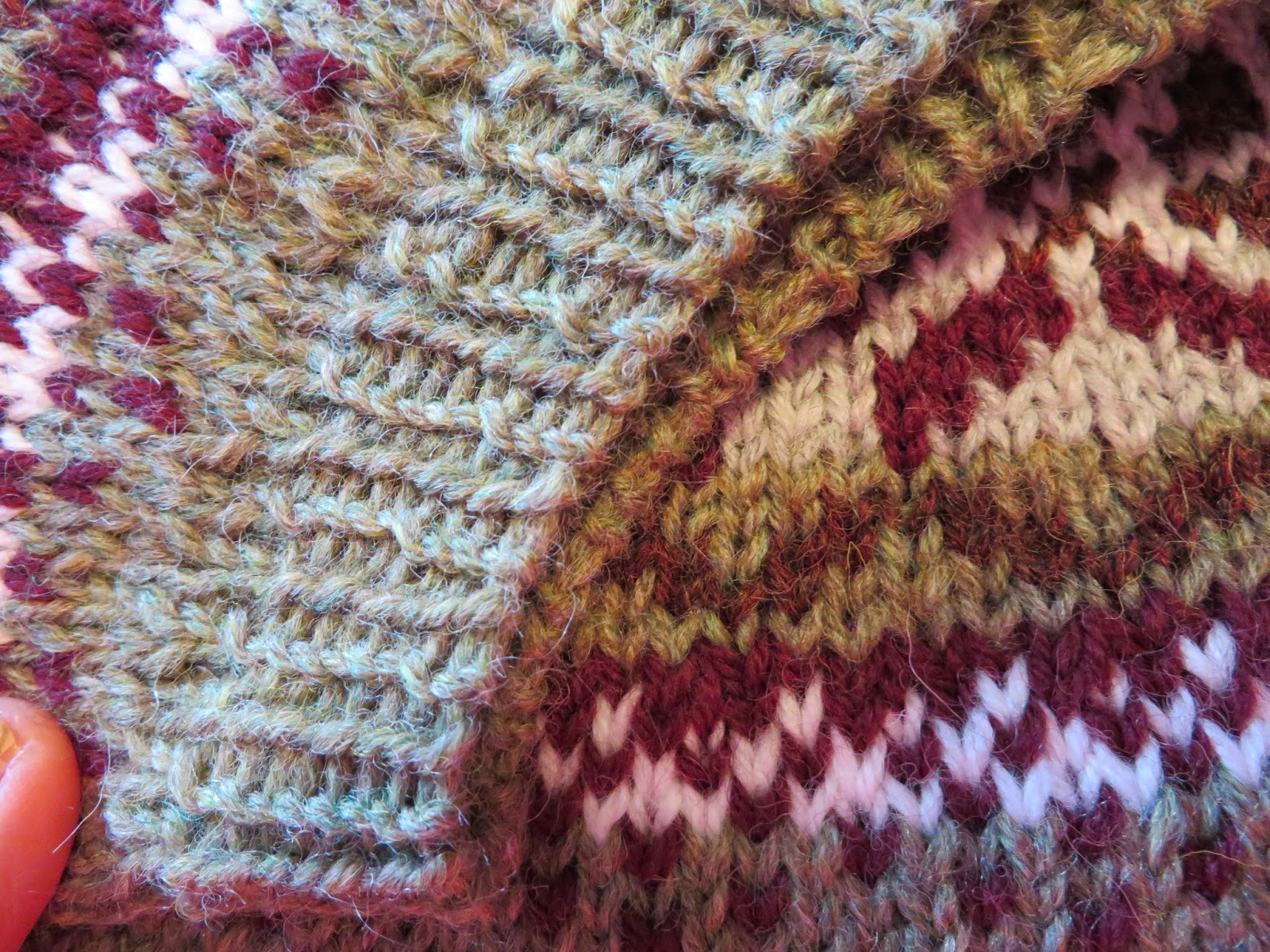 You can see the fold line in the top picture, going right across my stomach.  This one was in the drawer when I got it out for photos, but rest assured that it's already been worn.  I was worried that the wool might be too scratchy against my bare skin, but I wore it that way for an entire day and it was scratchy, but not unbearably so.

I really enjoyed this pattern.  The charts in particular I thought were very well done.  I have always loved yoke sweaters, so I think I'll be knitting this one again at some point in a different color scheme.