Wowzers, it's been a long time!  I've been stricken with a lack of motivation to write, and an increase in motivation to finish things up.  In the last couple months, I've finished up 3 sweaters, 2 scarves, a quilt and my blazer!  Most of these have been finished for some time, and just waiting for that rare combination of me having time to take photos and the sky not being grey.  It's that season again :-)

I decided to post them in order of completion.  So first up is my Color Affection scarf.  I guess it's really more like a shawl - it's enormous!  But I generally wear all my shawls as scarves, wrapping them several times around my neck.  Here I draped it in a more shawl-like way, so you could see the stripes. 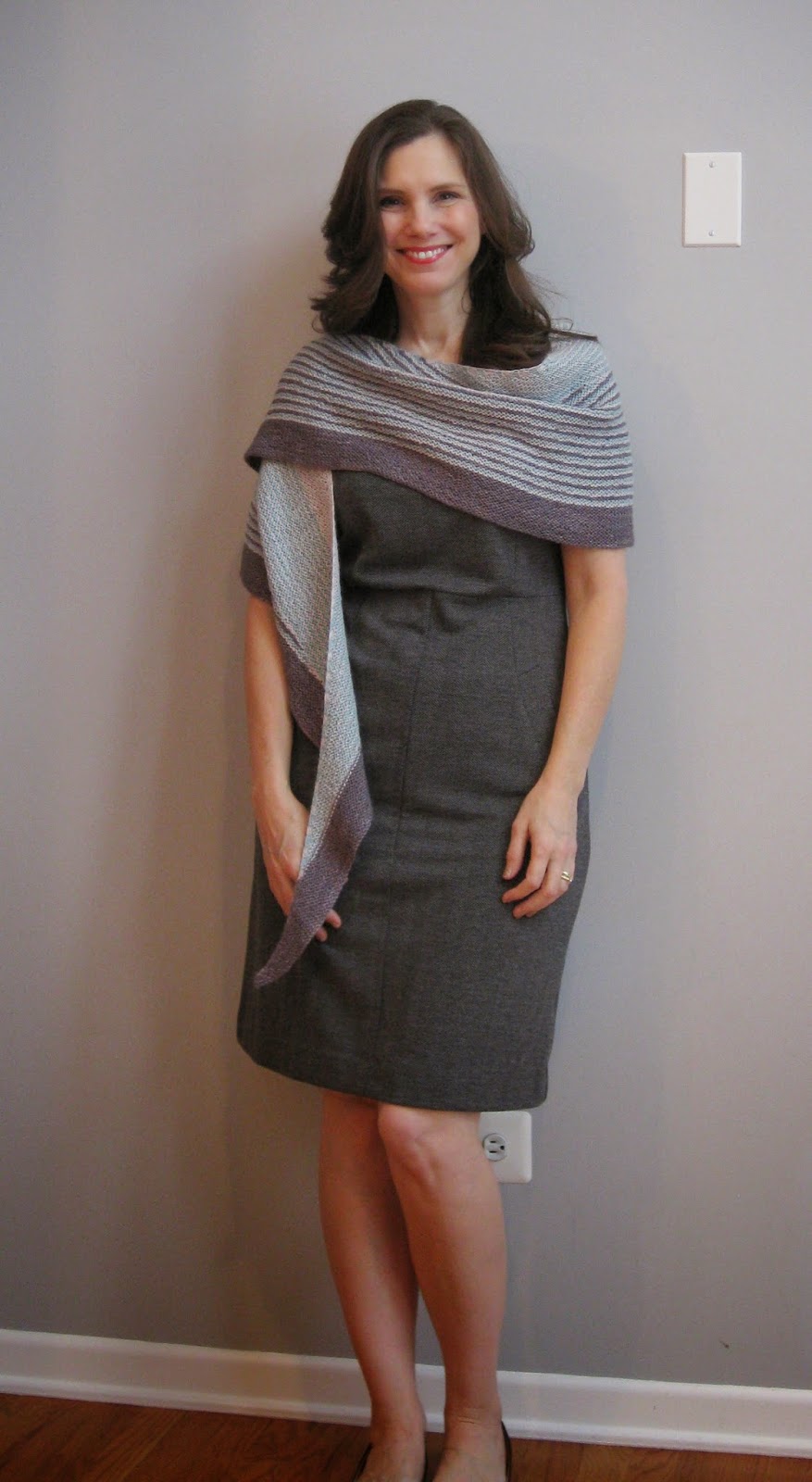 This project was started last November, and had been languishing for a while.  To be honest, I probably wouldn't have finished it as quickly as I did if it hadn't been for Jen - she and some other friends started a knit-along in October on Instagram, and the camaraderie was just the push I needed.  I even finished it on time to show it to her in person when I visited Asheville in October! 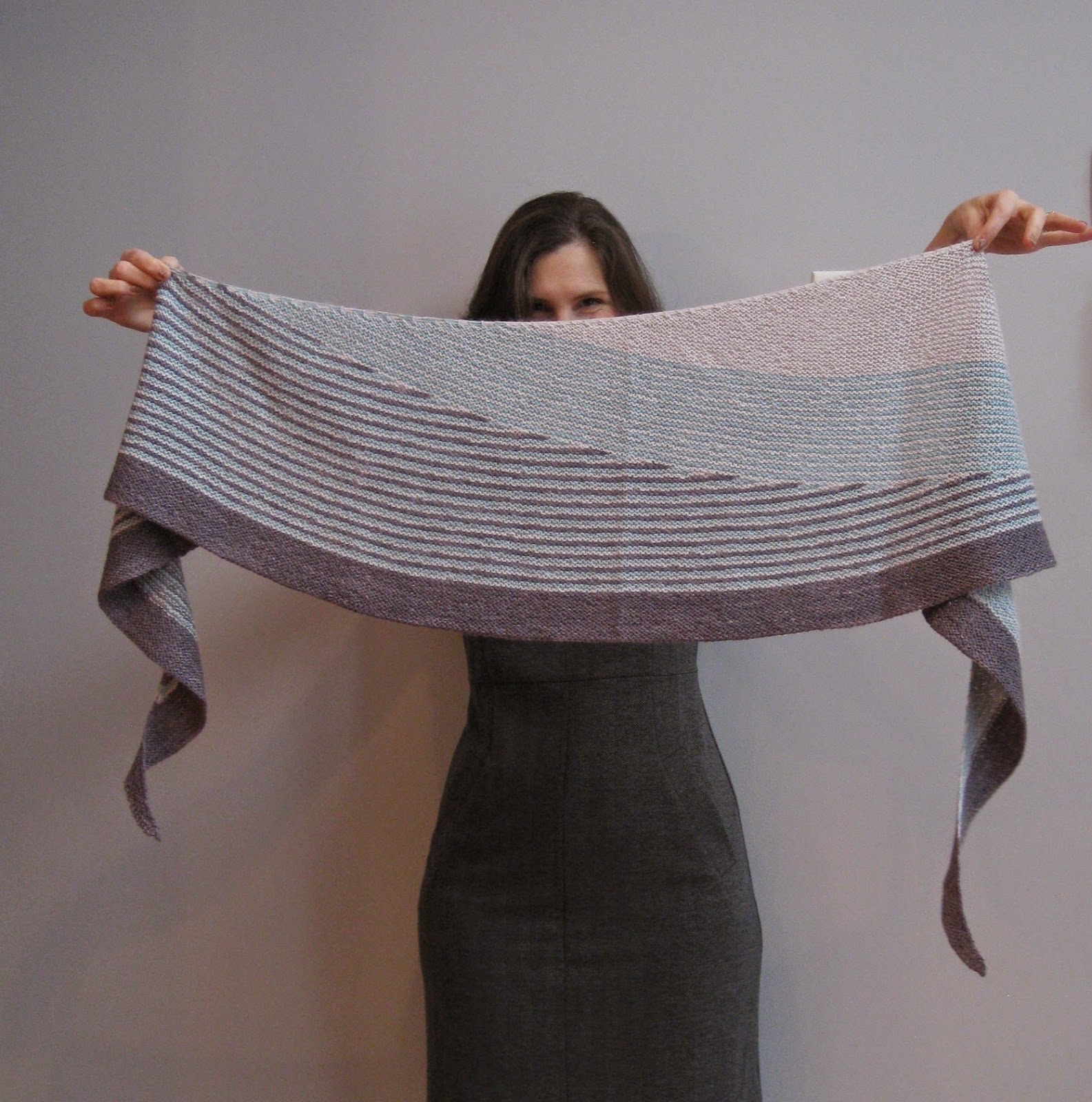 I love the finished scarf, but I have to admit, I didn't love knitting it.  I like the pattern quite a bit - like most of Veera's patterns, it's an innovative and interesting knit.  But my yarn was a bear to knit with:  very splitty.  Thank goodness it's a joy to wear though - it's a lovely mix of silk, alpaca and merino.  Yes, it is THAT soft. 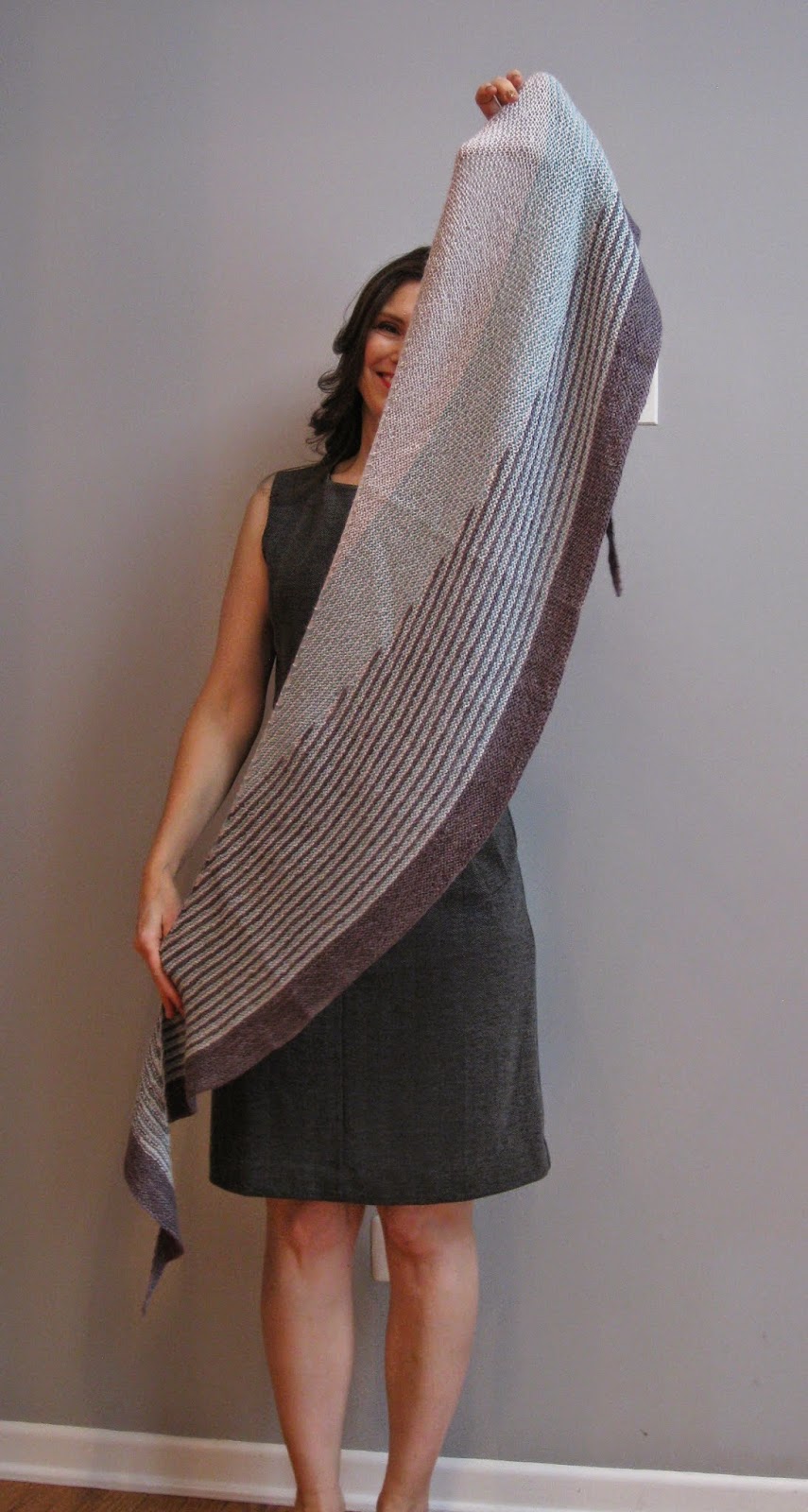 I guess I should have steamed it before taking these pix - you can see the fold lines!  I'm a bit ashamed to admit that aside from the day I met Jen in Asheville, this scarf has not been worn.  It's just been sitting in my drawer.  I love the colors but they don't actually go with a whole lot in my closet other than grey.  Also, I haven't been going out much - I've been staying home and finishing up projects! 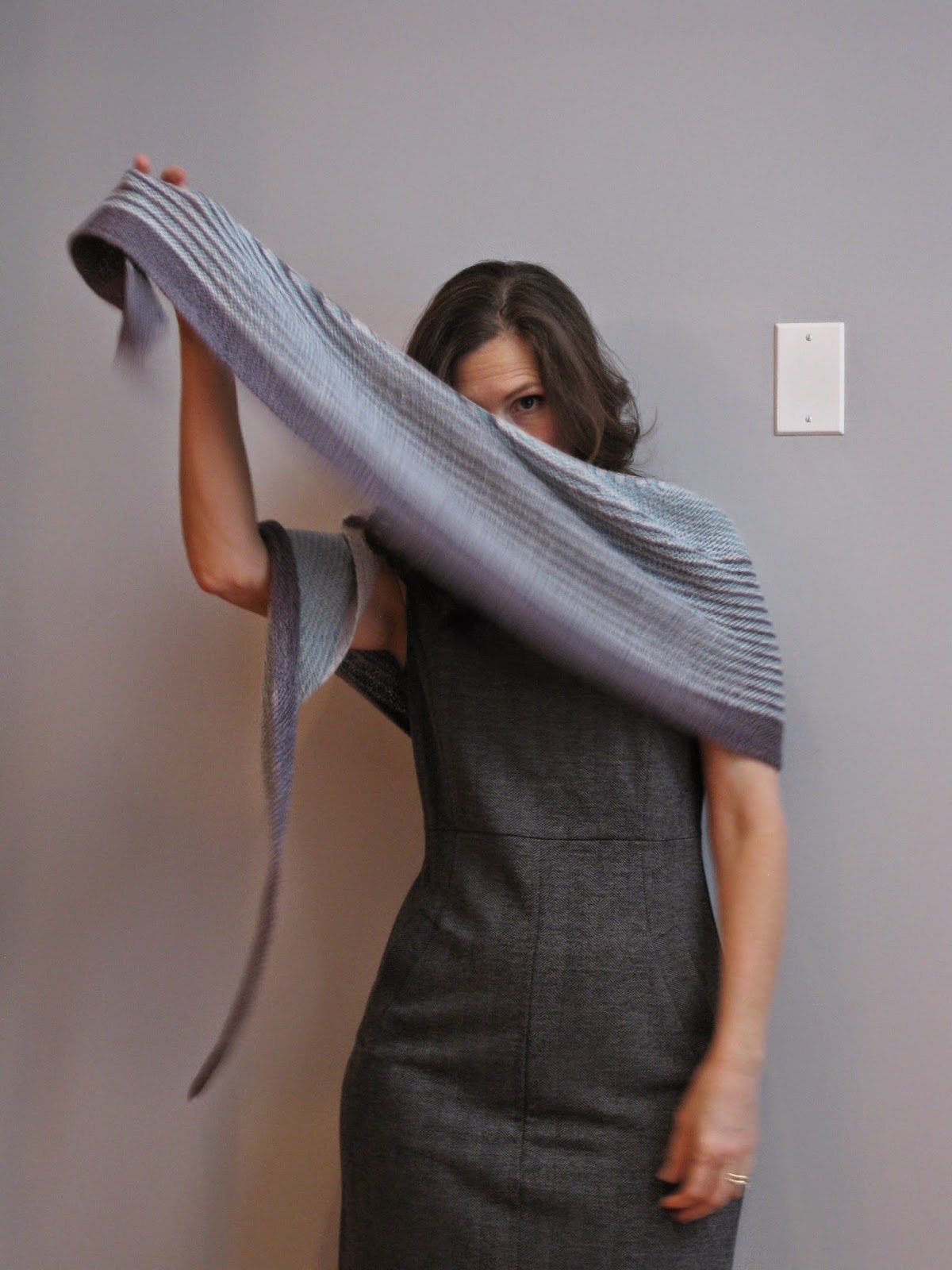