Next up in the FO Parade is Ava, a grandpa-style sweater in angora, designed by Kim Hargreaves.  For a long time I'd thought I wouldn't post this FO, but I decided to go ahead with it after all, because I really like the sweater.

Ava is one of the many lovely patterns in Kim Hargreaves' book Smoulder, published in September 2013.  (The Holt coat I made last fall is also in this book.)  Shortly after I got the book, I ordered the yarn to make this sweater, and cast on in December of 2013.  And shortly after that, there was a kerfuffle about angora yarns and mistreatment of rabbits.  There were LOTS of discussions on Ravelry forums about it, and although Rowan issued a statement that their angora was ethically sourced, a lot of knitters started to boycott angora across the board, and shortly thereafter Rowan discontinued the yarn.

By the time I became aware of all this (I don't actually read any of the forums on Ravelry!), I'd half finished the sweater.  And I had really mixed feelings about it - of course I don't want to support unethical and cruel treatment of animals, and yet Rowan claims this yarn does not fall in that category.  I slowly continued to knit on it, and finally finished all the pieces around April.  Just in time for warm weather!

So it sat, in pieces, all summer long and through the early fall.  Around mid-October, I got it out again and slowly started to seam the pieces together.  I felt embarrassed to share about it because of all the anti-angora sentiment. 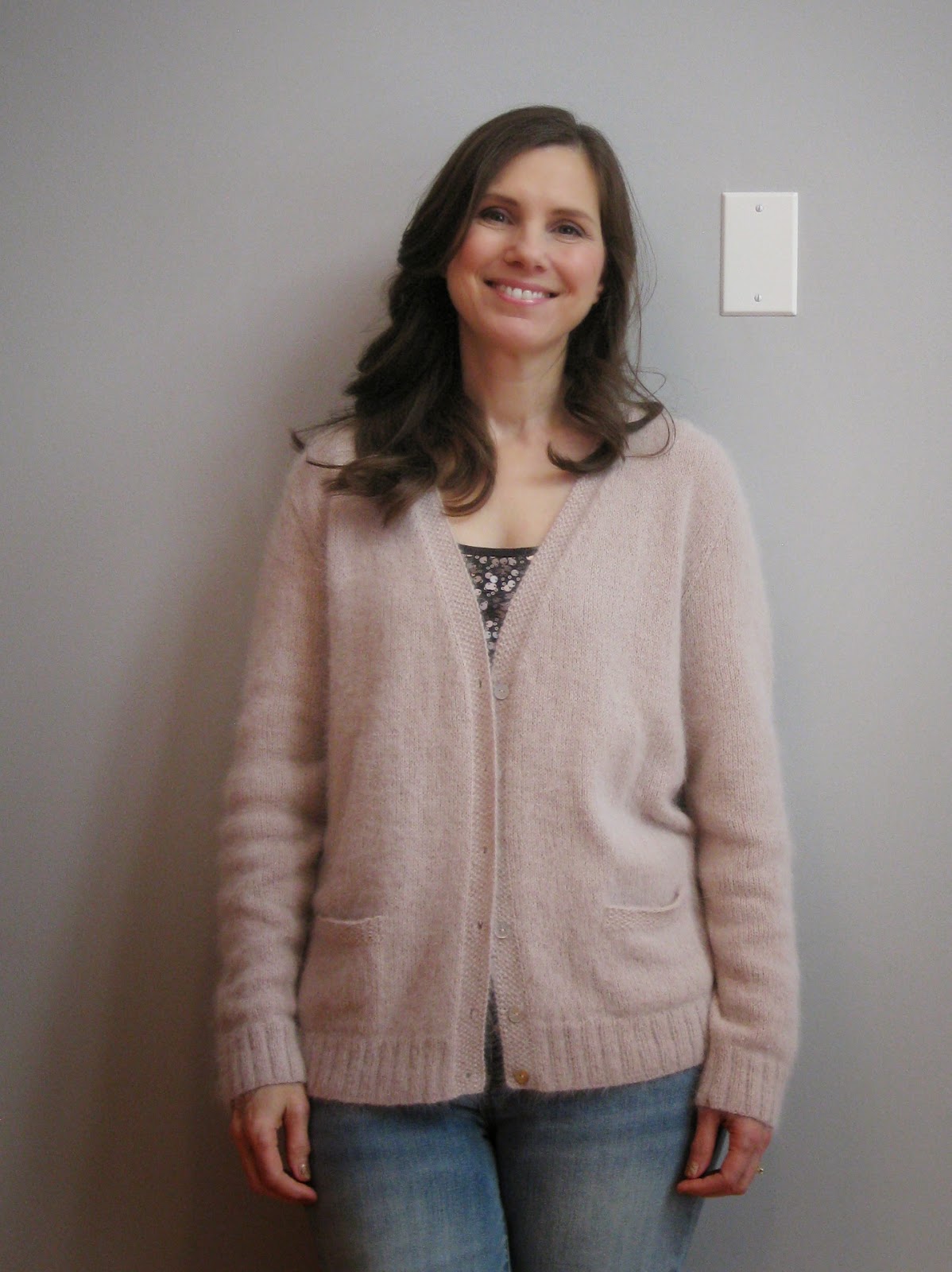 I finally decided that I would go ahead with it - I'd already purchased the yarn; any cruelty I'd unwittingly participated in had already been done.  But I hope that the statement Rowan made was true, and that this angora yarn is "clean."  It's a lovely sweater, despite my mixed feelings about it. 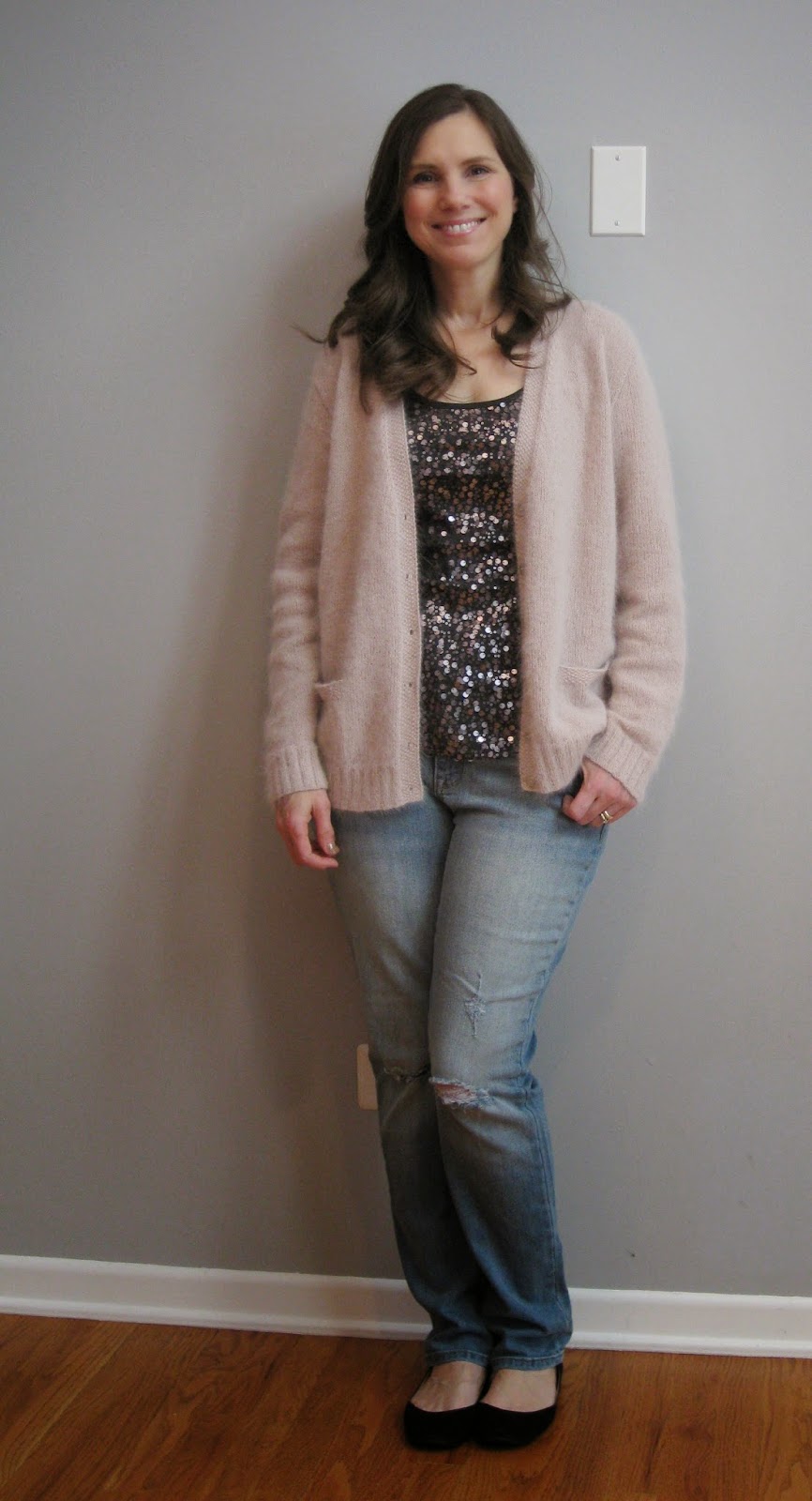 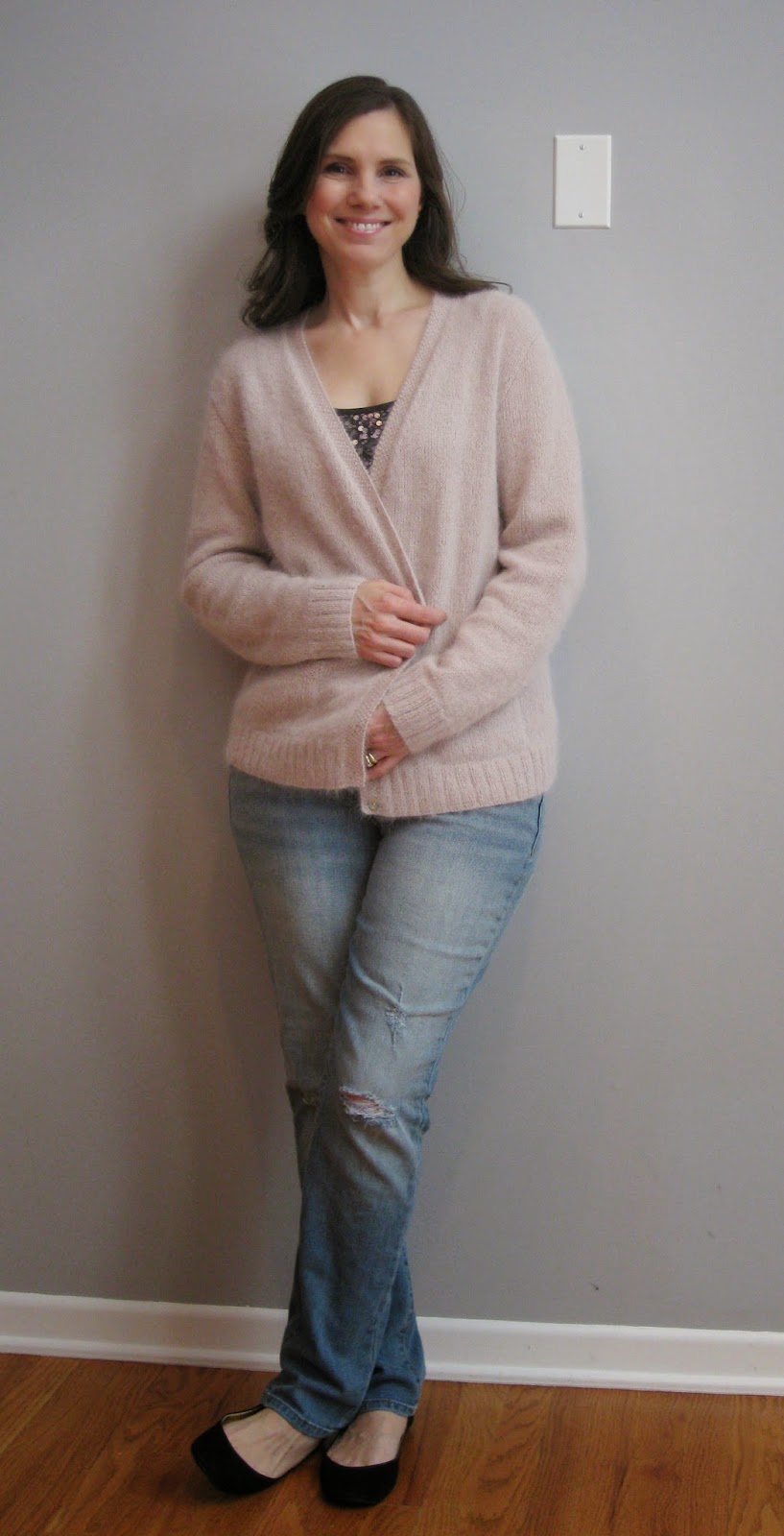 Ravelry notes here.
Posted by Gail at 6:00 AM