Because one can never have enough leopard, amirite?

I took advantage of being snowed in over the weekend to sew up a little top I've been wanting to make for quite some time.  I first saw this on my friend Debbie, and went nuts for it.  I knew I had to make at least one, so when I saw this fantastic leopard sweater print at Fabrications in Michigan, I picked some up for this top. 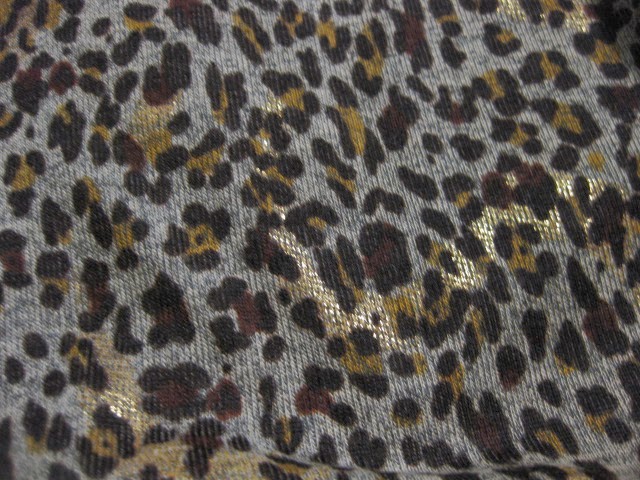 Later that weekend, when Andrea and I were hitting up the pattern sale at JoAnn's, we both picked up a copy of the pattern - by that time she was also in love with it!  This is Burda 7866.  Y'all know how much I love a kimono sleeve! 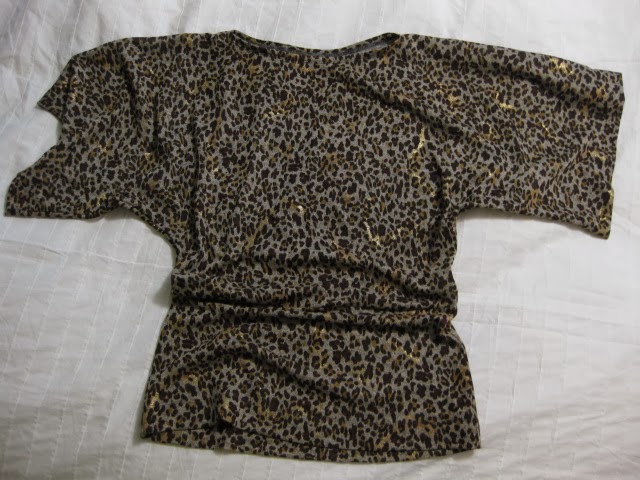 As you can imagine, this is a pretty simple top to make.  The only thing that's a little fiddly is the neck facing, which is cut in two separate strips and then folded back at the corners and hand-stitched to make a miter. 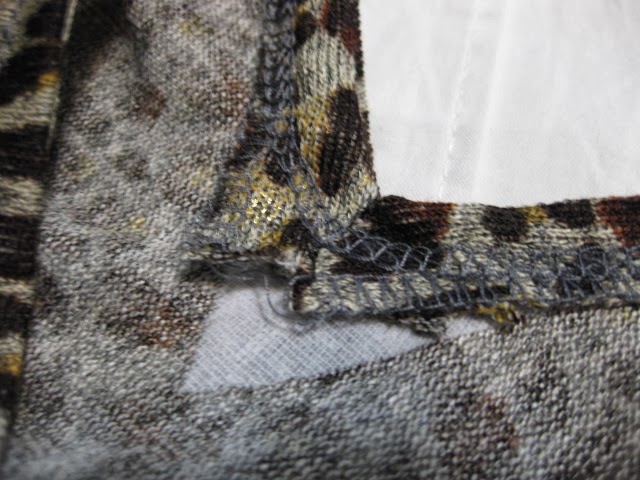 Despite being so simple, it took me the better part of the weekend to complete this, because I used all three of my machines!  I sewed the facings to the neckline with a short, narrow zigzag on the regular sewing machine, then did all the construction seams with my serger.  Finally, I finished off my hems with the coverstitch machine.  So each time I switched machines, I had to dismantle the one and set up the other.  Gosh, I wish I had a sewing room!


I did the teensiest bit of adjusting on this pattern.  The entire top is a EU 36, and the yoke (waistband section) grades from a 36 to a 38 at the hip.  I probably could have gone with a straight 38, but since it was my first time using this pattern I wanted to make sure the garment wasn't too overwhelming up top.

I really love that the hem allowances for the sleeves and the bottom are very wide - 1 7/8 inches.  It gives the edges a nice substantial feel. 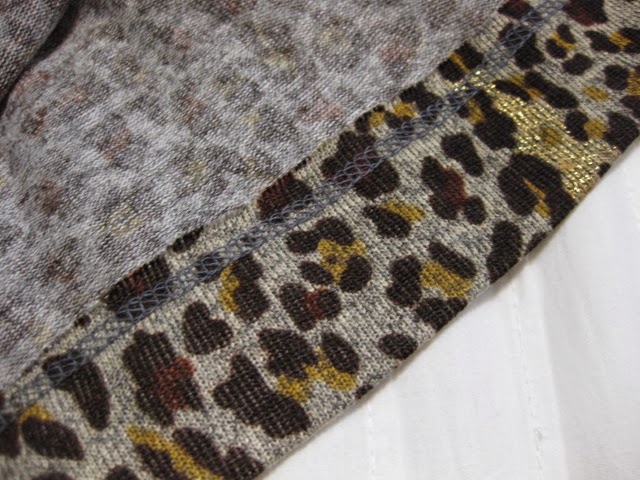 After I finished the top and put it on, Hubby liked it so much he immediately took a picture and sent it to his sister!  Awww!  My honey is so supportive of my crafty obsessions.


This morning I decided to take some pictures, and so that you guys don't think that the only bottoms I have are skinny jeans, I put on this old suede skirt (GAP, circa 2003!  I love when the label states the date) with the top.  I'm really loving how this looks!  But it also looks great with jeans :-)

Check out my sleeves:

When I was laying out my pattern pieces, I got a little confused because the sleeves are actually much wider than the body section, LOL!

And because it's Jungle January, I had to have a little fun.  So I put some bones in my hair and pretended to be a cannibal. 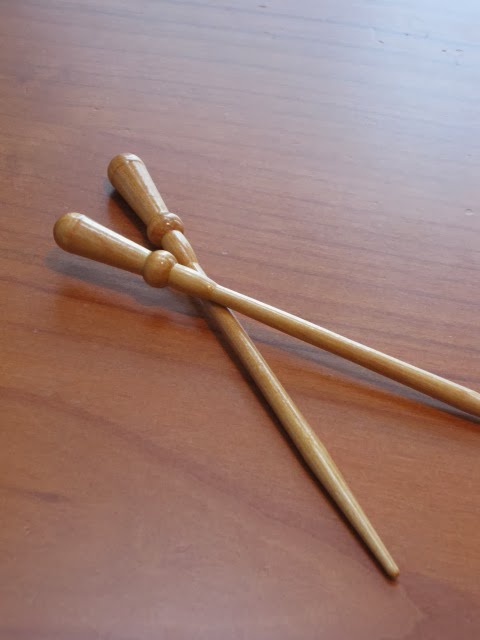 And this last picture, because it's the only one that shows the neckline well, even though I look like a goof with my hair up like that!  I was worried that the neck opening would be too small even for my tiny head, but it worked out OK, and I think having it smaller helps the top not to fall off the shoulders. So there you have it!  My first FO of 2014, which is also my first Stash Diet FO, and my second Jungle January make!  Hurray!
Posted by Gail at 9:57 AM