I decided to take a "sewing day" today - i.e. ignore the housework I ought to be doing and work on a skirt instead.   It seems like it's been forever since I sewed, even though I made a dress last week and a t-shirt the week before that.  I think that's because both those garments were made with the serger (except for the hem of the dress), so it has been quite a while since I've used my sewing machine.

The skirt started out as a "Murphy's Law" skirt.  I bought some really pretty curry-colored cotton corduroy last week at JoAnn's with the intent of making a Hollyburn.  I was so excited about it that I washed and dried it the very next day, but when I ironed it, I discovered that there was a half-inch wide faded stripe running down the center of two of my three yards! 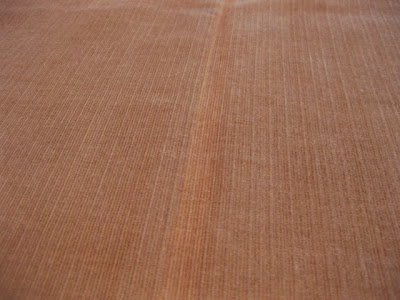 It doesn't look super noticeable in this picture, but trust me - it really is in real life.  And not only that!  There was a "bald spot" in the middle of the fabric: 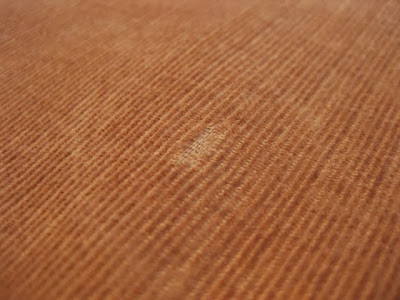 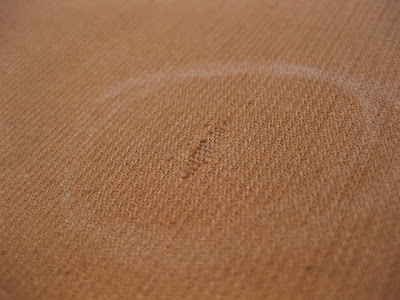 Grrrrr.  I guess this $4.49/yard fabric wasn't such a bargain after all.  I considered taking it back, but then decided that I'd use it to make a different skirt because I love the color, and it goes perfectly with that full-sleeved Renfrew I made: 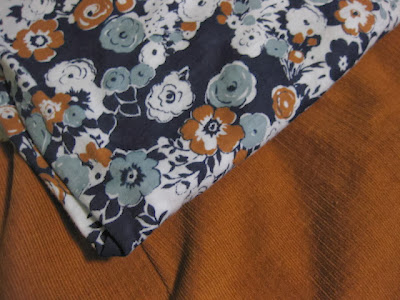 So today I got out my McCall's 6409 (1962), cut everything out and got started.  I'm making the same view I made this spring, the least full one.  Because of that faded spot, I had to shift the zipper from the side seam to the back so I wouldn't have to cut the back on the fold.  I added my 5/8" seam allowance with the help of my quilter's ruler: Despite its flaws, the fabric is really quite nice - soft and drapey.  I didn't want to add extra bulk at the seam allowances, so instead of serging them like I usually do, I did a stitch-n-pink, which is more in line with the vintage of the pattern anyway: 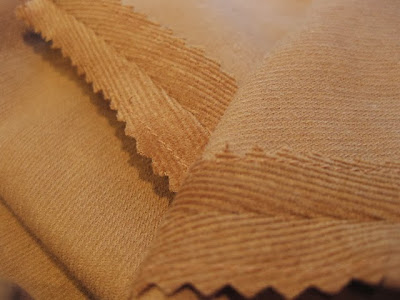 I wanted to do an invisible zipper like I usually do - it's my favorite kind because of the clean look.  But I didn't have one on hand, and it was raining cats and dogs so I didn't feel like running out to get one.  But I did have a regular zipper, so I settled on doing Sunni's lapped zipper technique from her Craftsy class.  And boy, am I glad I did!

I've been avoiding lapped zippers for years because they always end up looking kind of funky.  But Sunni's technique provides a very clean, professional look.  Check it out: 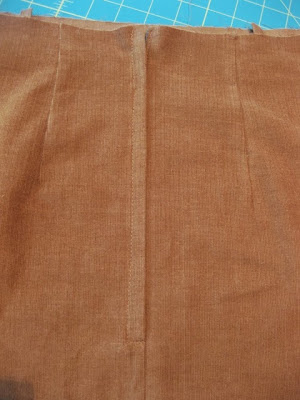 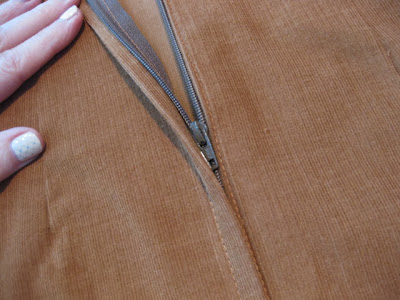 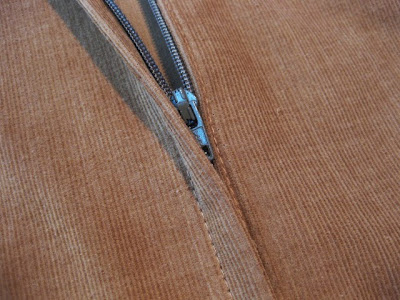 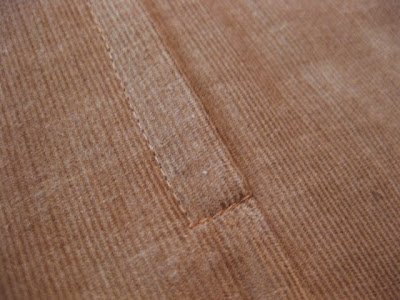 Have you guys tried this yet?  This is not the way I learned to do it back in the day - it is SO much better.  I never thought I would say this, but I think I might be a Lapped Zipper Convert!

Also, can I just say:  I'm very proud of myself that I thought things through and made it so the opening is toward my right.  Usually I just dive in without thinking and end up getting things backwards.

I'm going to turn my attention to knitting for the rest of the afternoon, but with any luck, I'll finish this in the next couple days.
Posted by Gail at 2:21 PM