The last of Anouk, for now.

Yesterday afternoon the sun came out for about a half hour, so I scrambled to get my Anouk fixed.  I'd been waiting for some light - necessary for making tiny pintucks on deep black fabric with black thread!  I'm pleased to say that my "fix" doesn't look too bad, and the dress fits much better now - no gaping.  I'm happy enough with it that I won't be removing the yoke and doing it again.  I did, however, transfer my needed change to my pattern piece: 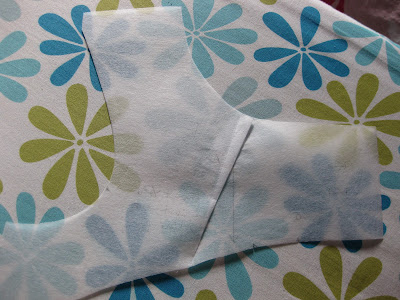 I decided to make two pintucks on each side of the yoke and have them angle to between the tucks on the bodice.  Since the amount of fabric I needed to remove was pretty large, it was easy to break it in two.  I hand basted my tucks first, and then sewed each one at 1/8".  While I was at it, I switched to snazzier buttons: 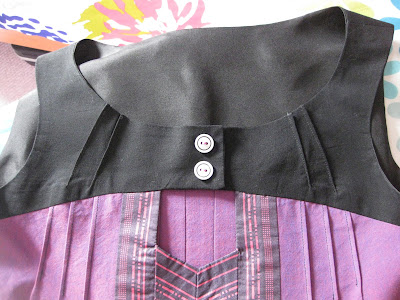 A few of you suggested that having the black buttons was just too much black, and you were right.  Funnily, these are the buttons I originally wanted to use, but I thought they were too stark.  I tried to soften it a little by using magenta thread: 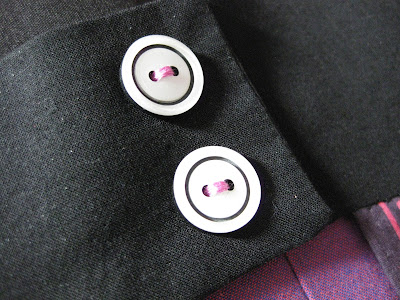 I'm much happier with the dress now, so I'm calling it finished and putting it in the closet to await spring.  At which time, she'll come back out so I can model it for you!
Posted by Gail at 9:54 AM