Oh hai!  Anybody still here?  You may have noticed my enthusiasm for writing has gone astray of late.  Oh, I'm still crafting away in my free time, but all my current projects are of the slow type, as I promised over a month ago.  So no FOs to share at the moment.

Actually, I did make a short-sleeved Emery dress a few weeks ago.  It looks just like all my other Emery dresses, only with sleeves and a different fabric.  One of these days I might actually wear it. 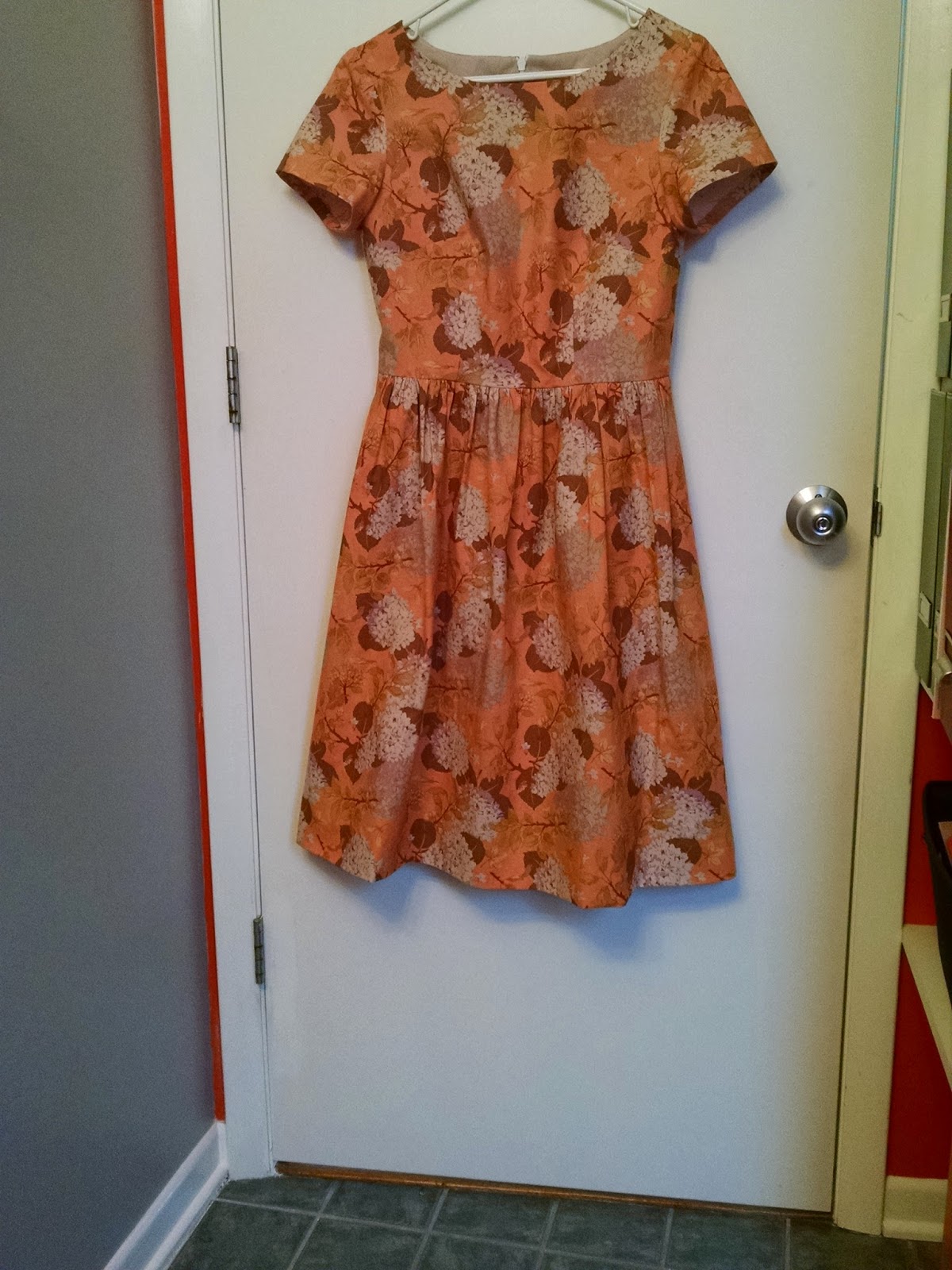 The point of today's post is the "why I blog" meme that's been going around for the last couple months.  I'm both embarrassed and flattered that I've been tagged twice to join in - first by Pincushion Treats a month ago, and then by Ginger yesterday.  I optimistically promised Mela a post which never materialized; I was more realistic with Sonja, stating that it probably wouldn't happen.

It's not that I haven't been thinking about it - I have.  But as I said to Sonja:  I'm just not a navel-gazer.  Well, that's not entirely true, as I do meditate daily :-)  But I'm not in the least introspective, so I had a hard time coming up with any answers to the questions posed.  I also consider myself to be a rather unremarkable human being - no more or less than anyone else, just different.

That said, I really love learning the details of other people's lives.  I'm curious about people, but was raised to believe that it's poor form to pry, so I generally don't.

So I decided to approach this meme from a different angle.  Instead of blathering on (because you know how much I love to blather), answering questions which don't interest me a lot, I thought I'd turn it around:

Are you curious about anything about me?  About crafting, writing or just daily life?  Ask anything you like in the comments.

IF there are any questions, I will answer them in a following post.  I'm suspecting there may not be too many (see "unremarkable," above) but you never know how many other nosy parkers there are out there :-)  And if any of you want to play along with this revised meme, I'd love the opportunity to pry into your life and ask some questions of my own.