The other day I was cleaning the house.  I'd been sewing my Emery dress over the weekend, so the dining room was a mess - bits of thread and fabric all over the place.  So I decided to sneak in one more little project before giving the place a good clean.  Here's a weird fact about me:  after I clean, I don't like to sew for several days, because I don't want to mess it up again! You might recognize the components of this top.  The outer eyelet fabric is the last 3/4 yard left from last summer's Hazel dress, and the bias tape is left over from my Robson coat.  I was inspired to make this top from some RTW ones I'd seen, but I really liked the idea of a bright, contrasting binding.  It mostly doesn't show, but every once in a while it peeks out.  I love hidden details like that.  I also love turquoise and orange together.

I'd been meaning to make this top for a while, and had planned to line it to the edge.  It's the same pattern as my New Year's Eve top, which I lined to the edge.  But then I realized that if I did it that way, the seam allowances would show through the large eyelets - yuck.  So I ended up underlining the top instead.  I basted the underlining (white voile) to each piece, then serged the edges at the shoulders and side seams.   I didn't serge the armholes or neckline because I didn't want the extra bulk there when I added the binding. 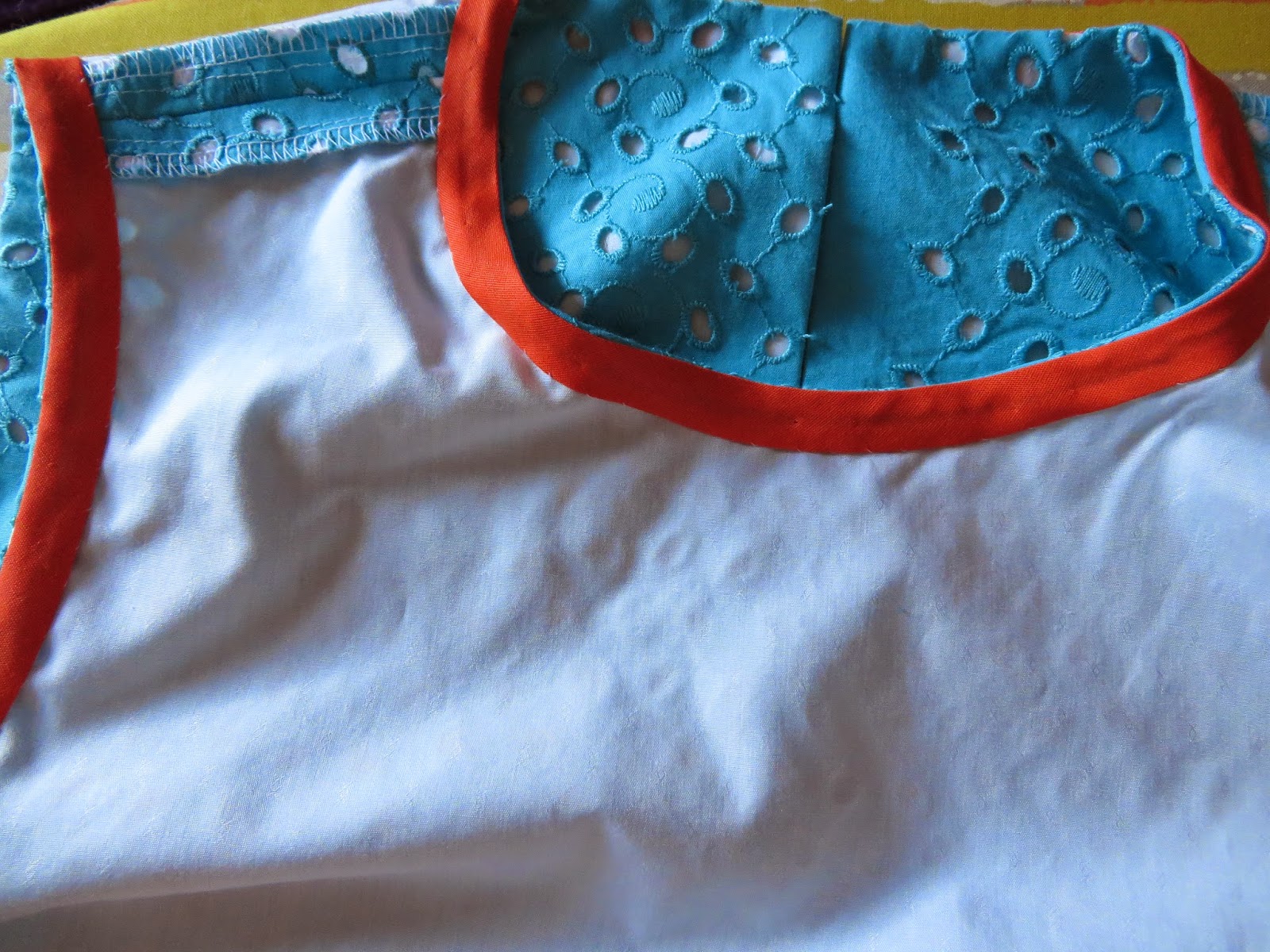 This pattern was drafted to be cut on the fold, both front and back.  But because of my underlining, I figured it would be easier to cut the back as two separate pieces, and then just open out the center back seam to create the keyhole opening at the back neck. 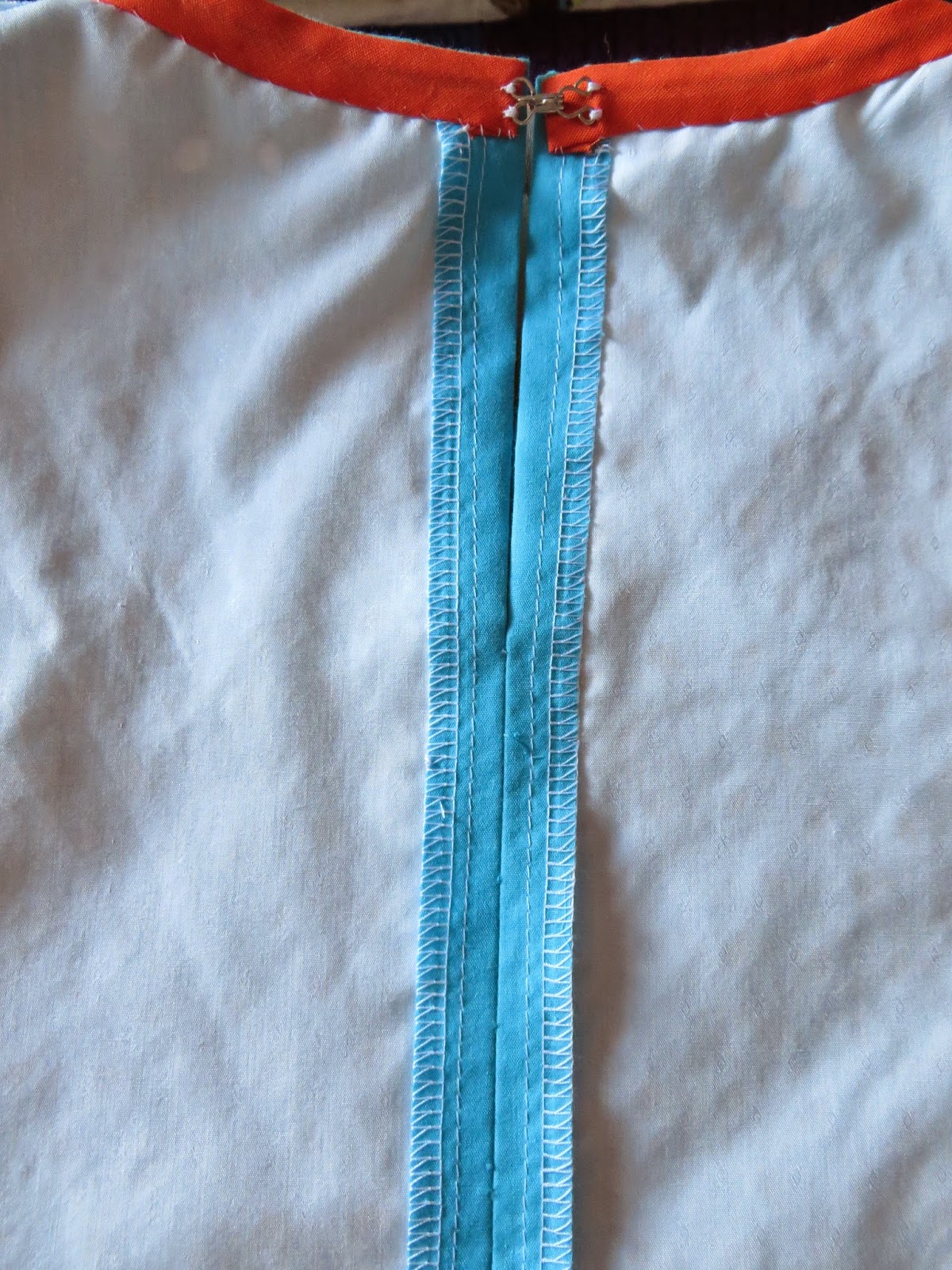 Yesterday morning I took some pictures, bright and early.  I really love this top with these old white jeans.  I also love the fact that I can still fit into these jeans, although they're at least 10 years old, LOL!

I really love the fit of this top - it's as if it were made for me!  Hahaha!

And you see that I styled it with some orange sandals, to pick up on the orange and turquoise theme.

And then I couldn't help myself - I had to get out my old, bright orange coat and put it on too:

I'm totally digging this top, and wouldn't mind making a few more in various colors.  This diet thing isn't going so well . . .
Posted by Gail at 7:21 AM